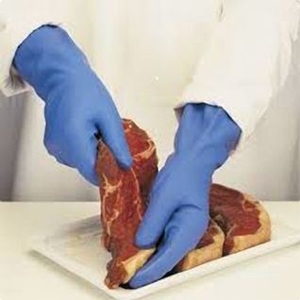 Cooking TV: The Good, The Bad, The Germy…

If you’ve never been involved in the production of a TV show before, you probably won’t question the food handling and kitchen safety practices exhibited on TV cooking shows. But a group of intrepid researchers from the University of Massachusetts say the stars may not be setting us a good example… 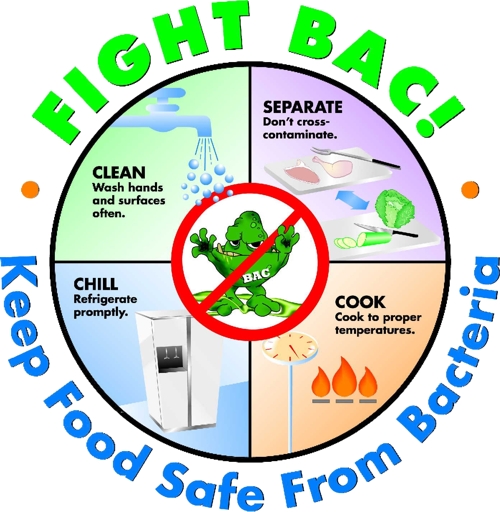 The official logo of Fightbac.org, the safe food handling information website of the
Partnership for Food Safety Education. It’s also a handy reference
for the most basic and most important food safety practices.

The study of TV Food Show practices was simple: Sit down a panel of State Food Service Regulators and Food Safety Professionals in front of a big-screen TV and binge-watch episodes of 10 popular nationally-televised cooking Shows. For each show, answer a 19-question survey about food handling practices as shown on screen.

Food Safety is a major issue

That’s pretty sad! I took a course in Food Safety as p[art of my culinary school program. I think everyone involved in  feeding the public should do the same. One look at the statistics tells a germy tale. The Centers for Disease Control in the U.S. says a staggering 48 million cases of food-borne illness are officially reported every year, 300 or so resulting in deaths. No one knows how many unreported cases there may be, and there are no records of how many home cooks make big mistakes handling the food they prepare for family and friends. And Weddings and Wakes. And Church Bazaars and Street Parties.

Who do you trust?

The Study report also notes that other studies show consumers tend to trust the media more than they trust their leaders and government regulators when it comes to what they believe about safe food handling practices:

So let’s stop and think, a moment…

It’s time to make a bigger ‘thing’ of good food safety practices. How to do that is still a big question. But I think it’s clearly the responsibility of the TV cooking shows to make a greater effort on promoting good food safety practices.Will they take up the torch and help reduce the tsunami of food poisoning cases that happen each year? Maybe they need an incentive of some sort. What that might be, I don’t know.