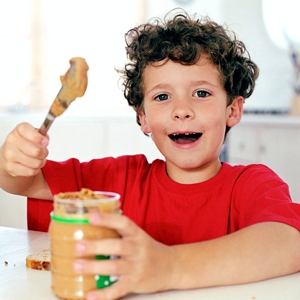 2016 studies showed the overwhelming majority of childhood Peanut-based allergies could be avoided by simply introducing Peanut products to kids’ diets early on. New official guidelines were issued in 2017. So why are so may family doctors so reticent about implementing the new guidelines? 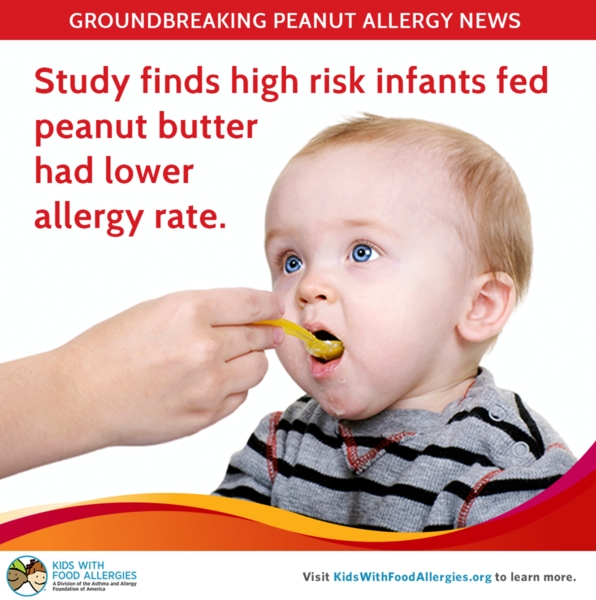 The new Peanut allergy treatment guidelines were introduced with
great fanfare, but many pediatricians have not responded
by adopting them with equal enthusiasm…

Late in 2017, an expert panel at the U.S. National Institute of Allergy and Infectious Diseases (NIAID) issued a set of clinical guidelines to aid health care providers in the early introduction of Peanut-containing foods to infants to prevent the development of Peanut allergy later in childhood. I posted the good news here on the FFB and also took a victory lap myself for my personal advocacy of the new therapy/regimen being recommended by NIAID, which touted introduction of Peanut products to kids’ diets as early as 4-6 months to ward off development of allergies later in childhood.

Backing the new guidelines since before they came out

Until the 2016 recommendations were released, doctors had considered it unsafe to introduce Peanut products earlier than about 3 years of age, and only then to attempt what’s called desensitization therapy – starting with tiny amounts of Peanut Protein and gradually increasing the ‘dose’ until he child can tolerate normal dietary levels of Peanut products.

I’ve been saying we should use desensitization therapy on Peanut and other food allergies in kids for years. In fact, the current official guidelines co0rrespond closely to the common-sense process wise moms and old-fashioned physicians handled early indications of childhood Peanut problems. But, in the past two or three decades, doctors had been saying not to give infants any Peanut products at all if they showed even a slight sensitivity to Peanuts. That just let the ‘allergy’ develop to potentially deadly proportions, especially in kids who were particularly sensitive.

A familiar name and face…

And guess who was in the forefront of promoting the new early-intervention Peanut allergy recommendations? Dr. Anthony Fauci, who is currently in the White House dog house for his insistence that Trump-regime policies and statements concerning COVID-19 are wrong to the point of being reckless and even deadly.

A new survey by Dr. Ruchi Gupta and his team from the Ann & Robert H. Lurie Children’s Hospital of Chicago surprised many when it revealed that, “while 93 percent of U.S. pediatricians surveyed were aware of the national guidelines on peanut allergy prevention in infants, only 30 percent were fully implementing the recommended practices and 64 percent reported partial implementation.”

According to an abstract of the NIAID survey: “Peanut allergy is the most common pediatric food allergy, affecting 2.2 percent of U.S. children. It is the food allergy least frequently outgrown and is often associated with severe reactions.”

“Barriers to implementation are important to address,” Gupta stresses, “since pediatricians, beginning with the 4-6 month well-child visits, can have a vital role in the reduction of Peanut allergy.”

I can’t stress enough the point I often make in situations like this: A little common sense would go a long way!

The key to the implementation logjam boils down to a natural reticence among doctors to change their ways and make dramatic departures from the familiar and comforting. After all, the first tenet of the Hippocratic Oath is, “First, do no harm.” And, of course, nobody wants to be first to jump in and try something new, no matter how solid a proposition it seems.