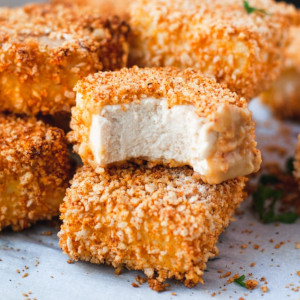 Soy which emerged from Asia during the second half of the last century as Tofu, a Cheesy substance that’s been a staple in China  for millennia, has until recently had a lock on Vegetarian diets as a protein source (see: Tofu ‘Chicken Nuggets’, photo, top of page). But now researchers say another plant may give Soy a run for its money… 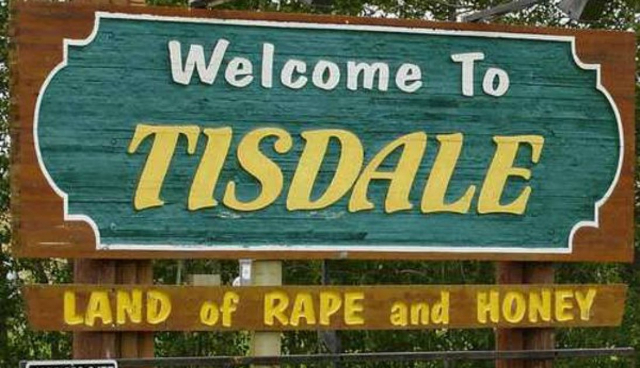 The town’s old slogan: Changed to ‘Opportunity Grows Here’ in 2015 after
local business people and residents complained they were getting a
lot of complaints from the self-appointed PC language police…

One of my favourite stories about PC branding involves a small town in Saskatchewan officially named Tisdale, but arguably more famous for its much-lamented (former) slogan, ‘Land of Rape and Honey’. That’s right. It’s in the heart of Rapeseed country, and had been justifiably proud of its slogan for more than 50 years before relatively recent outcries from the PC community forced it to make a change. Heck, people used to stop on their way into town just to have their picture taken in front of the ‘Welcome to Tisdale’ sign which featured the slogan prominently.

Tisdale now uses the more mundane ‘Opportunity Grows Here’ on its municipal signs and other branded materials. But it’s still a leading centre of Rapeseed production. No – wait! – they’ve changed that, too. After developing a new, healthier variety of Rapeseed for Oil production, the brain trust behind that program also changed the name of its product to ‘Canola’, a compound of ‘Canadian’ and ‘Oil’, a move designed to make it more acceptable to consumers and the whole  global marketing complex in general.

Rapeseed Oil was previously relatively unpopular for human consumption due to high levels of certain amino acids that aren’t particularly palatable to humans and the byproducts of Oil pressing were used exclusively for animal feed. Canola produces a byproduct relatively low in undesirable amino acids.

“The rapeseed protein induced comparable effects on metabolic parameters and cardiovascular risk factors as soy protein. Rapeseed even produced a slightly more beneficial insulin response in the body,” says MLU Nutritionist Christin Volk. Another benefit, Volk observes, was that the participants had a longer feeling of satiety after eating the Rapeseed protein. “To conclude, Rapeseed appears to be a valuable alternative to soy in the human diet.”

Also… Prized for its relatively neutral flavour and its high smoke point (resistance to breaking down or burning under high heat), Canola Oil is already a favourite of serious cooks and professional chefs, and can be used wherever ‘Vegetable Oil’ is called for. In comparison, Rapeseed products have has what’s been described as a ‘Mustardy’ flavour. But that’s not considered a deal breaker. Volk suggests it may simply make Rapeseed Protein more suitable for the production of savoury foods than sweet ones.

As demand for Rapeseed byproducts for animal feed drops, with the already starting move away from real Meat towards greater sustainability and lower environmental impact in food production, it’s good to know that this plentiful source of Protein won’t go to waste. The recent discoveries about Rapeseed should also be welcomed as good news by the researchers who are toiling against time to ensure that the world simply has enough nutritious food to feed everyone who’ll be alive on the globe by 2050.

All that’s left, now, to make Rapeseed Protein more palatable to consumers, is to rebrand it to something like… Canprota?