If there’s one word that’s dominating the health news headlines these days – after ‘COVID-19’, of course – it’s ‘binge’. It seems you can’t turn the page in a medical journal without encountering another study report on binge behaviour – and many of these reports hinge on COVID-19 connections…

Exessive screen time and excessive food consumption
go hand-in-hand. Or is that hand-to-mouth?

We’ve commented previously on binge-behaviours associated with the COVID-19 stay-at-home lifestyle. Now, it appears that, the longer the pandemic persists, the greater the opportunity researchers have to study all the angles and aspects of the phenomenon. Today, I’ve decided to share the results of my latest sweep of the legitimate research literature with a focus on this connection.

In most cases, the capsule reports that follow rely on extracts from abstracts of the official study reports…

Excessive continuous watching of TV shows or movies, or other screen-time activities (i.e.- those associated with smart phones) can trigger higher risks of a whole complex of health-related issues, a new study from Arizona State University (ASU) confirms. 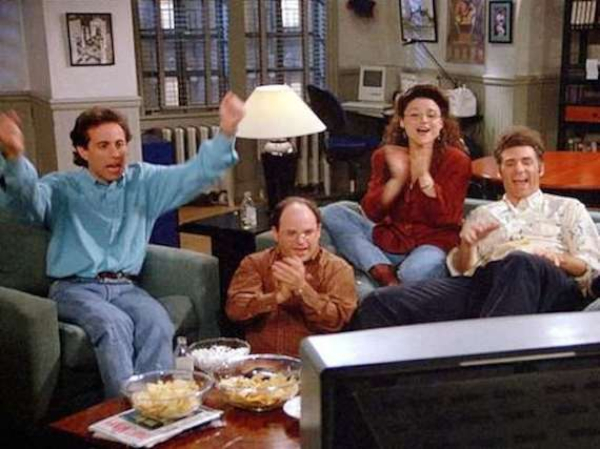 It’s been known for some time that a sedentary lifestyle can be a major
contributor to the development of obesity and all its related issues.

It just stands to reason, as common sense would dictate. And it’s been known for some time that a sedentary lifestyle can be a major contributor to the development of obesity and all its related issues, including heart disease and type 2 diabetes. Now, for the first time, a specific, direct connection has been demonstrated between screen use, diet and other health factors.

For purposes of the study, heavy users of screens – defined as those who use screens an average of 17.5 hours per day – reported the least healthful dietary patterns and the poorest health-related characteristics compared with moderate and light users, who averaged roughly 11.3 and 7 hours of screen use per day, respectively.

For the study, more than 900 adults across the U.S. who owned a television and at least one other device with a screen were asked to complete a survey to assess screen time use across multiple devices, dietary habits, sleep duration and quality, perceived stress, self-rated health, physical activity and body mass index.

New research from the UConn Rudd Center for Food Policy and Obesity and the University of Minnesota shows that young adults who experienced weight stigma (i.e.- body shaming) before the pandemic have higher levels of depressive symptoms, stress, [and] eating as a coping strategy, and are more likely to binge-eat during COVID-19 compared to those who haven’t experienced weight stigma. 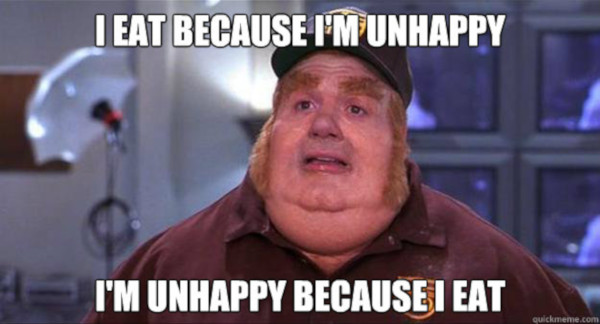 Likelihood of engaging in binge eating during the pandemic was almost
3 times higher for people who had experienced weight stigma
prior to the pandemic compared to those who hadn’t.

“These increased health risks, particularly for binge eating, indicate a need for supportive and educational resources to help lessen the negative impact of stigma on eating behaviors,” says Dr. Dianne Neumark-Sztainer of the University of Minnesota.

We’ve covered this aspect of bingeing behaviour previously, but the COVID-19 connection warrants a second look at it. That’s because sales figures and self-reported eating and drinking behaviour patterns from study volunteers have revealed a spike in beverage Alcohol sales and consumption since the pandemic lock down precautions came into effect. Extended screen time sessions, whether from work-at-home arrangements or gaming/movie-watching activities, are largely credited with this deterioration in healthy habits. 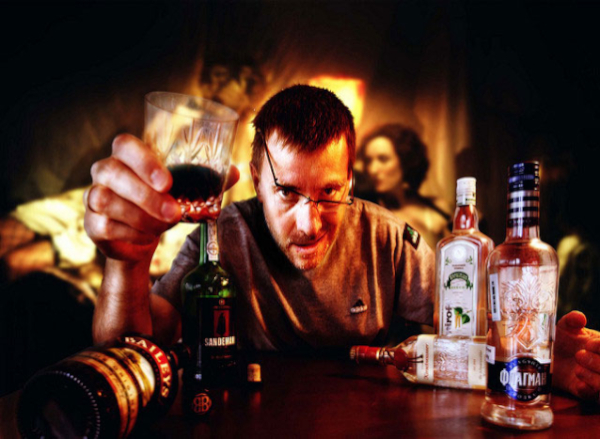 I wonder if the findings of the empathy study have anything to do
with the old description of drunks as ‘feeling no pain’?

The empathy study involved 71 participants (from France and the UK) whose brain activity was observed in fMRI scanners while undertaking a pain perception task. Half of these people were classified as binge-drinkers and half were not. The binge-drinkers were sober while they were being observed.

In the task, participants were shown an image of a limb being injured, and asked to imagine either that the body part was theirs, or that of another person, and to state how much pain was associated with the image. The binge-drinking participants struggled more than their non-binge-drinking counterparts when trying to adopt the perspective of another person experiencing the pain: they took more time to respond and the scans revealed that their brains had to work harder – to use more neural resources – to appreciate how intensely another person would feel pain.

“Reduced empathy in binge drinkers may facilitate drinking as it can blunt the perception of suffering of self or others during a drinking session. We have shown with this study that dysfunction associated with binge drinking is even more extensive than previously known,” says Dr. Theodora Duka from the University of Sussex, UK.

I wonder if the findings of the empathy study have anything to do with the old saying that some people drink to ‘kill the pain’?

That aside, all the new revelations taken together, have forged hard, qualitative and quantitative links between bingeing activities and serious health consequences. And that, in turn, is leading to calls for development of official recommendations governing bingeing activity with the goal of minimizing its serious, negative health implications.