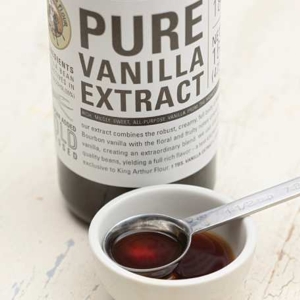 ‘Natural’ Vanilla Under The Microscope

You can’t Bake or make Candy or Dairy treats without Vanilla. And I’m not the only cook who says so. Now. there’s concern about the ability of the world’s vanilla growing industry to supply the growing demand. That has scientists scrambling to find ways to increase production… 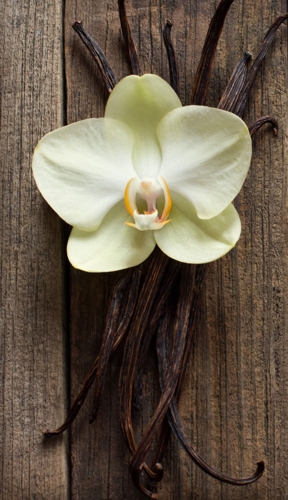 If you’re a baker, you’ll already know that there are two kinds of Vanilla on the store shelf: Pure (natural) Vanilla Extract and Artificial vanilla Extract. What’s the difference?

Natural Vanilla is the product of a dried pod which itself is produced by a specific type of orchid found natively in Mexico. Like Coffee and Cocoa, it’s a complex flavour comprised of several hundred compounds all of which contribute to its sensory je ne sais quoi.

The single most important molecule in the mix is Vanillin, a deceptively simple chemical compound that carries most of the key characteristics we associate with Vanilla flavour. But it’s not real Vanilla without all the other nuances. So, when you see ‘Artificial’ on the Vanilla bottle label, you’re getting a mixture of factory-made Vanillin plus colouring and some other additives. Artificial Vanilla is somewhat less expensive than Real Vanilla but it’s really no substitute. Sure they use it in factory-made food products because it’s cheaper and most folks who eat that stuff really don’t know the difference. But, if you’ve tasted real Vanilla, you will be singularly unimpressed with the fake stuff. I once served a home-made Vanilla Ice Cream, made with real Vanilla, to a guest who enthused about the flavour and asked what it was. I told her it was plain Vanilla and she didn’t believe me! That’s how much of a difference it can make!

So, now there’s a shortage…

As more and more folks become aware of the delightful difference real Vanilla makes, the demand is soaring. And scientists are trying to come up with a way to make artificial Vanilla while keeping the ‘natural’ label. Unless they produce a precise blend of all those hundreds of compounds, they won’t get the same product and it still won’t be ‘natural’.

One thing they’re trying that could keep engineered Vanilla ‘natural is to genetically engineer Vanilla Orchids to produce more pods, or to modify other plants to produce Vanillin, The latter idea would still be natural but it wouldn’t be real Vanilla. In fact, it would constitute a third option and a third confusing label on the Vanilla shelf.

The first and best (in my view) initiative is to work with Vanilla growers in Mexico, Madagascar and other producing countries to increase yields without any help from the genetics lab.

We’ll keep an  eye on this one for you! Meanwhile, if you haven’t already done so, go get a little bottle of pungent, floral, complex real Vanilla and use it in all your recipes that call for the stuff. You won’t go back to the artificial stuff. I guarantee it..