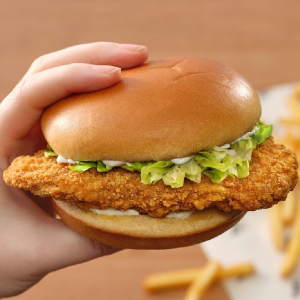 As more and more jurisdictions lock back down following disastrous re-opening attempts in the face of supposedly waning COVID-19 infections, snack and take-out food purveyors continue to churn out new collabs and new combinations of old, familiar ingredients to keep us interested in their flagship brands… 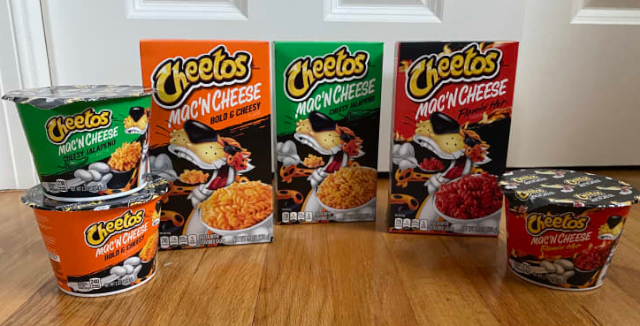 Cheetos Kraft Mac ‘n Cheese: However you want it, box or bowl,
you’ve got it – in three different, hot and spicy flavours.

“When we tested Plant-Based KFC by Lightlife® late last year, we sold over a month’s worth of sandwiches in six hours,” said Samantha Redman, Chief Marketing Oficer, KFC Canada. “Seeing the extraordinary demand for Plant-Based KFC, we worked quickly to bring these menu items to our restaurants across Canada.”

Plant-Based Popcorn Chicken will also be available, but for a limited time only.

This time, it’s available on Bone-In Fried Chicken. That’s Popeye’s original Fried Chicken drizzled with sweet and tangy Hot Honey Sauce. A new $5 deal includes 2 pieces of Hot Honey Bone-In Chicken, a Side, and a Biscuit. For a limited time, only.  This is the first time the Hot Honey Sauce has been back since it was first offered, on Crispy Tenders, back in 2017.

The Bell appears to be testing new Mexican-seasoned (i.e.- Spicy) Crispy Chicken Wings in a very limited, unannounced California ‘drop’. It’s believed to be part of a new testing protocol revealed to Forbes magazine, intended to gauge fan reaction to potential new menu items. The Bell says that, after recently dropping a whole lot of ‘non-core’ menu items, some are being considered for reinstatement if Bell fans react enthusiastically enough.

It’s a collab with Snack leader Cheetos, and Chester, the Cheetos’ mascot is involved up to his… tail. Bold & Cheesy, Flamin’ Hot, and Cheesy Jalapeno Mac ‘n Cheeses all feature powdered Chester’s Top-Secret Seasoning and ‘Corkscrew’ Pasta (Probably Fusilli) said to be inspired by Chester the Cheetah’s tail. Cheetos Mac ‘n Cheese in boxes as well as single-serve cups débuts today at Walmart stores nationwide in the U.S. as well as online at Walmart.com. It’s expected to appear at most other regular Kraft Mac ‘n Cheese outlets early next year.

Dunkin’s and Post are blasting out two new Caffeinated Cereals featuring the flavours of Dunkin’s Caramel Macchiato and Mocha Latte specialty Coffees. The Cereals are blends of regular Sugary Cereal nuggets and mini ‘Swirled Marshmallows’. Each suggested serving contains about 1/10 of the amount of Caffeine you’d get in1 regular cup of Coffee.

… On what will be making some us fatter – and spicier – over the coming days and weeks to come. See you back here in 7 with the next edition of Fast Food Week!