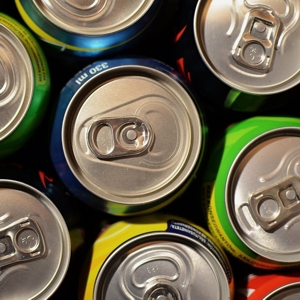 You may want to think twice before trying one of those so-called ‘Energy Drinks. It seems that the beverages can stress your system badly and can bring long-lasting symptoms, similar to a Sugar or Coffee crash. And, yes, there is an addictive profile to the way folks use these drinks…

The following Infographic details what happens after you drink a Red Bull, Red Rooster, Monster or similar Energy beverage. It ain’t pretty. 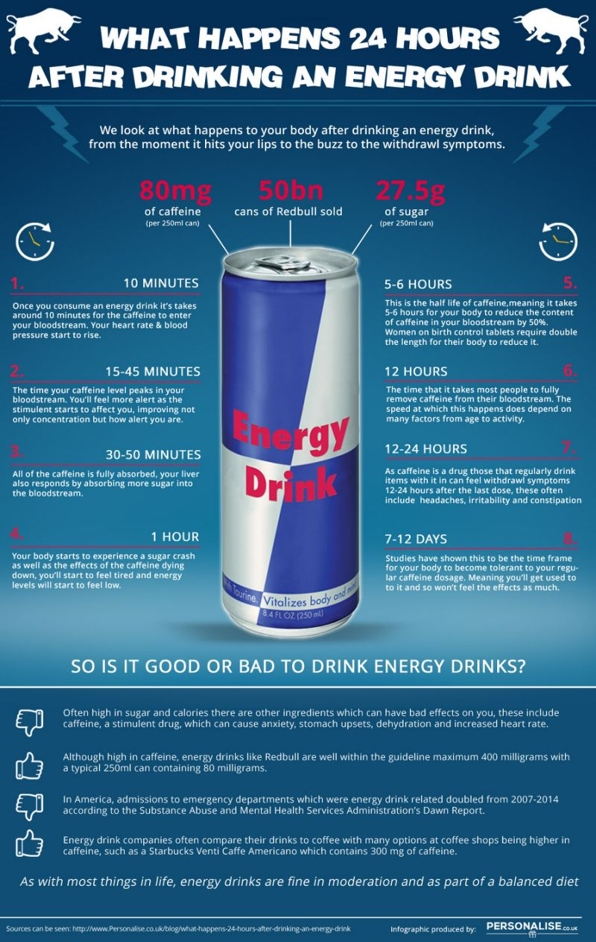 So, technically, Energy Drinks are within the limits recommended by the government and the medicos for daily Caffeine intake. But, because of the crash, a lot of folks chain-guzzle them and end up with an overdose. And it’s deemed a real overdose by the emergency room physicians and others who have to deal with people presenting with Energy Drink-related illnesses. The number of reported cases doubled from 2007 to 2014. Like I said, It ain’t pretty!