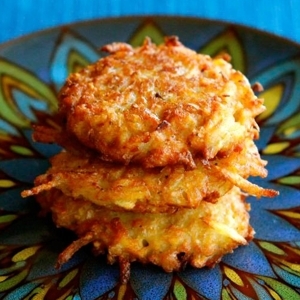 It’s Chanukah this week as well as Christmas Week. And what would the great Jewish Festival of Lights be without its most iconic food – Latkes. Some folks think there’s something magical and exotic about making traditional, crispy Latkes. But the secret is, you add the magic! 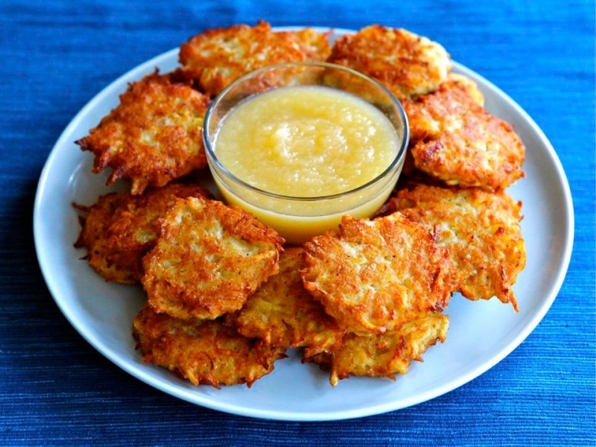 Classic Potato Latkes with Apple Sauce for dipping. A combination almost
as traditional as Latkes and Sour Cream!

Latkes are about as easy a treat as you could ever imagine. They consist of three ingredients: Eggs, On ions and Grated Potatoes. Sound like the recipe for Hash Browns you already know and love? Well, there are a few important differences…

If you want to know everything there is to know about Latkes, segue over to this site. But the foregoing nuggets of Latke wisdom should get you started on making this treat yourself and making it your own!