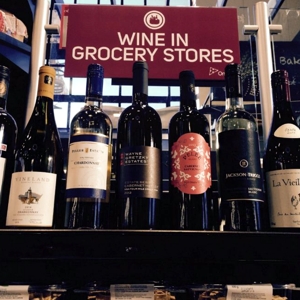 The Ontario government has been toying with selling Wine in selected supermarkets across the province. Now, it appears, they’re rolling out the concept to a healthy test market of 68 stores, some independents and some members of the major supermarket chains. 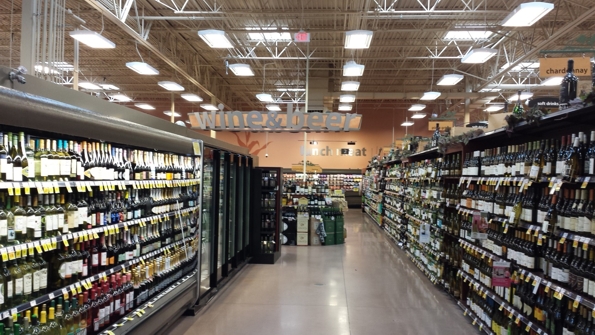 The Wine aisle in a large U.S. Supermarket dwarfs the Lunch Meat section, far back wall.

Some 57 selected supermarkets across Ontario were already selling selected brands of Beer and Cider. As of this morning, another five dozen or so locations are selling selected Canadian Wines. It’s estimated that, as the concept slowly rolls out, more than 300 of Ontario’s 1,600 supermarkets will be selling one or both by 2021.

I think it’s a good idea. I spent a lot of time in the U.S. when my Dad (rest his soul) used to go down to Florida in the winter. I drove him down in his car then flew back. In the spring, I flew down and drove him back in his car. While I was there, sometimes a week or more waiting for cheap  flights, I did a loot of culinary sight-seeing. One of the things that differentiated the U.S. experience from that back home was the availability of Wine and Beer in supermarkets.

Folks down there just take supermarket sales for granted. Of course, you can still go to a full-service Liquor Store and get Spirits along with a wide selection of Wines and Beers. But the convenience of supermarket sales is something that could literally change the lives of Wine and Beer drinkers. Unless you favour specific brands that are available only at the Beer Store or the LCBO, it’s much easier to just to swing into the next aisle while food shopping and grab your tipple.

But what  about the Beer and Liquor monopolies?

Obviously, the brewery- operated Beer Store and the government-operated Liquor Control Board outlets will fee some kink of pinch. But, as I hinted in the previous paragraph, they will continue to be full-line stores while supermarkets will be allowed to sell only a small subset of the monopolies’ product lists.

What I wonder about are the 160 Wine Rack kiosks, operated by Constellation Brands, most of which are located in supermarkets. They sell only Constellation’s very limited selection of brands.  I expect they’ll veto sales of their brands in the supermarkets, proper, to protect their market share. But they’re sure to lose some sales to he supermarkets just because some folks will prefer brands they don’t carry.

So, maybe, it will all balance out in the end.

I doubt that we’ll see any change in retail prices for Wine as a result of supermarket sales. After all, the Wine and Beer markets are pretty much monopoly-controlled. Except for the odd manufacturer-authorized sale, prices at the LCBO and the Wine Rack are identical. Only the selection offered in each sales environment will change.

What sounds like a big step forward for Ontario Wine marketing is only a cautious tip-toe, when considered in the context of the whole industry. The big monopolies won’t feel much of a rock in their comfortable boats.