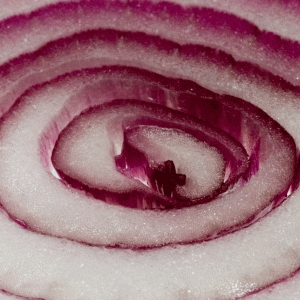 Onions may be good for more than flavouring savoury foods or topping Steaks or Burgers. A new survey by scientists at the University of Guelph tested a wide range of fruits and vegetables, looking for possible benefits to our health… And Onions shone brightly! 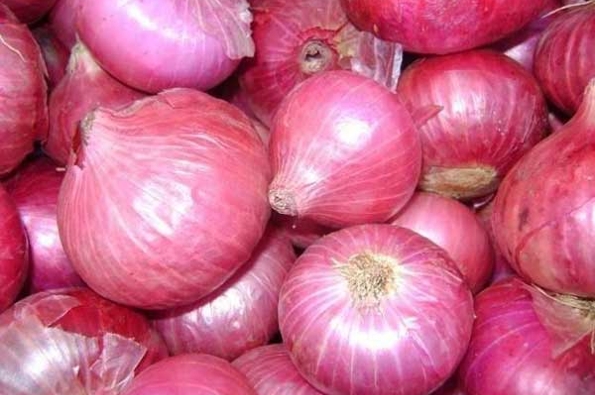 One particular type of ref Onion tops the natural world as a source of Quercetin,
a potent anti-oxidant and, potentially, a strong cancer fighter.

Onions were tested along with 27 other Vegetables and nine Fruits in a screen for flavinoids, chemical compounds that have been shown to have a wide range of health benefits. Onions were the champ, particularly in respect to their high concentration of Quercetin, a specific flavinoid with especially potent benefits.

First, flavinoids have been known for some time to have preservative properties. They’re powerful anti-oxidants. That’s always good. But onions are so rich in Quercetin that they’re being considered as a source of new, ‘natural’ food preservatives. It’s already being extracted in relatively small quantities from Tomatoes, Apples and Onions and sold as a supplement for as much as (C)$40 a bottle. But, with mass production, the price is bound to come down.

But that’s not all!

It seems that Quercetin is a particularly powerful anti-Cancer agent! That’s really good news. Dr. Suresh Neethirajan, lead investigator in the Onion study, says her team has already come up with a simple process to extract pure Quercetin from Onions, making Quercetin a viable commercial product.

That’s a potential boon for the Canadian Onion industry. It’s currently worth (C)$74 million but that could balloon to something like (C)$2.7 billion by 2018 as the demand for antioxidants, both commercially and as nutritional supplement, explodes. And that’s saying nothing about the potential revenues to farmers and Quercetin processors of the compound proves a successful cancer fighter on the medical front lines. The article from the U. of G. where I found this story is lavish in its praise for Quercetin:

The future looks bright for specific onions, and Neethirajan predicts there could also be a strong demand for a residue-free powder or film-forming solutions of the onion’s antioxidant components. These could then be used as a natural and readily available food preservative that would help prevent oxidation. Although flavour may have a definite impact on some foods, it could also enhance products such as certain baked goods. However, he says flavonoids have a rapid dispersion rate and therefore could possibly be used in everything from fruit juices to alcoholic drinks, as well as an important component in creams and lotions.

Ah! To be an Onion farmer in the mid 2ist Century!