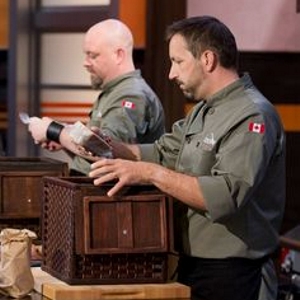 Secrets Of The TV Cooking Shows…

Ever noticed how some TV cooking shows blank out the labels on their ingredient packaging? Or wonder what goes on during the commercials between ‘hands off the food’ and presentation to the judges? An anonymous crew member who worked on several Food TV / Food Network shows tells all… 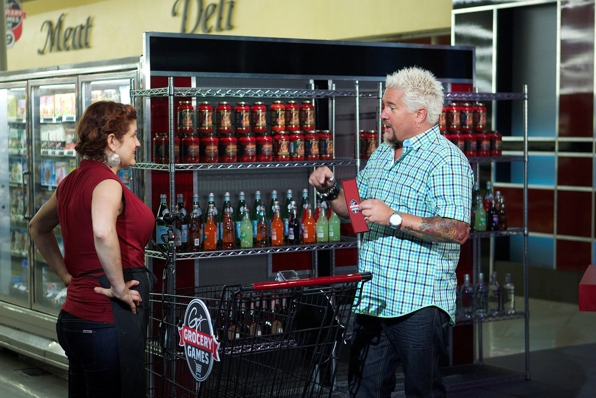 The insider informant, who remains tantalizingly anonymous, recently revealed a number of surprising, even shocking facts about TV  ‘reality’ cooking shows. I’ve chosen a few especially interesting ones to share with you, along with my own comments on them…

If you don’t provide ‘sponsorship funding’ to the show, you don’t get any exposure for your brand, on most cooking shows. That’s why the labels on most ingredient packages are ‘Greeked’ –  covered with fake labels – on most TV cooking shows. And the insider says that takes a lot of time and effort by a large number of behind-the-scenes personnel. I wonder if the punishment this inflicts upon tightwad ingredient makers is actually worth all the time and expense involved in ‘Greeking’.

Yes… There is a long-ish interval between ‘hands off the food’ and the time the judges actually taste it on some ‘reality’ TV cooking shows. So long, in fact, that the food – which looks so good on the plate – is actually stone cold by the time it’s evaluated. This, I contend, is profoundly unfair to the contestants. Cold food never tastes as good as hot, fresh food. And sitting, cooling food also suffers in texture and mouth feel. There’s also the question of food safety. How long does the food sit? Bacteria multiply alarmingly quickly in lukewarm food…

Prepared ingredients must be masked

Some ingredients, especially in those ‘Mystery Basket’ format shows, are prepared beforehand. Think about the episodes where all the basket ingredients are ‘leftovers’. That’s a lot of work for the show’s behind-the-scenes culinary team hours and even days before the show is shot. To keep the contestants from guessing the basket ingredients beforehand, some shows decree that a lot of Bacon be cooked before and during the show. The aroma of a pile of Smoky Bacon frying can mask any other aroma you’re likely to encounter in a kitchen!

Food is not wasted

Most cooking shows have extra ingredients back stage, in case of accidents or the need to equalize a competition where one contestant knowingly or unknowingly sabotages another. I saw this happen once, when one contestant failed to signal their intention to p;ass behind another and knocked the victim’s pan out of her hands in a collision. Everything stops – even the clock – in cases like this and the show’s culinary team rush in to ‘make it fair’.

Of course, there are also situations, like the ‘leftovers’ episode I mentioned above, in which a lot of food is prepared beforehand and extras must be laid in in case one or another of the recipes the culinary team is creating tanks.

The insider says that unused food is sometimes sent home with the crew. Other shows donate most of it to Food Banks or homeless shelter feeding programs. One of the biggest donors, after a season of shows is in the can, is Guy’s Grocery Games which disposes, charitably, of literally an entire supermarket full of all sorts of food. The only thing that goes to waste is meat that has been out under the hot studio lights for hours during production of the show. That’s a sound practice in terms of food safety and sanitation and I wholeheartedly approve.

So, now you know…

For further insights into the secret world of ‘reality’ TV food shows, check out the insider’s full testimony as recorded at PopSugar.com.