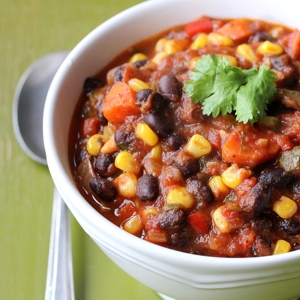 In the climate zone where I live, local produce is starting to come in. Farmer’s Markets are starting to pop up round and about. Veggies will never be fresher or more flavourful than now, when you can get local produce picked the same day! I’ve sorted out some of my favourite fresh summer Veggie recipes… 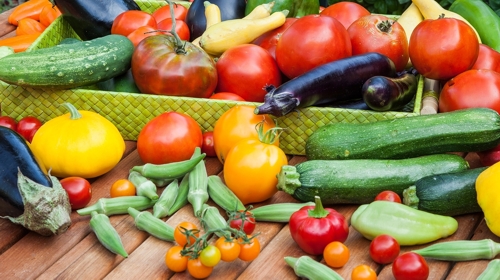 The Bounty of the County! Yours to enjoy all summer long…

I love my fresh Veggies raw: Carrots, Zuccini, Radishes, Celery, Scallions, Cucumber, Tomatoes, Lettuces and Spinach are all great ingredients for Traditional Salads. But they can so much more! I also love them in cooked dishes – like Asian stir fries, California creations (like Spaghetti Squash Spaghetti), and faux-Meat creations like Veggie Burgers. So, Ive listed my recipe ideas under appropriate headings:

Asian Spring Rolls – Julienned crisp veggies of your choice rolled up in Rice-flour Spring Roll wrappers. Have some Light Soy and other Dipping Sauces on hand Add shreds of spicy Pulled Pork or Chicken, or pre-cooked Baby Shrimp for a traditional protein component.

Pickled Veggie Medley Salad – About an hour before you plan to eat, slice up a selection (your choice) of fresh veggies. Thin slices work best. Make up a simple Pickling Brine of something sweet (like Sugar or Maple Syrup), something sour (like Lemon Juice), Vinegar (whatever kind compliments the Veggies), Salt and Peppercorns. Add fresh Herbs and spices to taste. Play with your recipe until you get it right… Cook the Brine in a deep saucepan until the Salt and Sugar fully dissolve. Pour the Brine over the veggies in a large bowl, cover and let marinate for at least an hour. When the mixture comes to room temperature, place in the fridge until dinner time.

Gazpacho Soup – This Spanish specialty is, essentially, a cold raw-Veggie Soup based largely on Tomatoes, Onions and Garlic. Of course, you can add whatever other raw veggies you like! Put all the Veggies into a blender or food processor and whiz until you have a chunky, thick mixture. Remove half the Veggies and set aside. Then, continue to whiz the rest until pureed. Add back in the chunky Veggies along with Salt, Pepper (or fresh Hot Peppers) to taste and then add Ice Water, Olive Oil and Vinegar to taste. Write down your proportions as you go, so you can reproduce your master piece! There are as many recipes for Gazpacho as there are cooks who make it! It’s more of a technique than a formula. Have fun!

Kimchi – This traditional Korean Pickled Cabbage dish is eaten with almost everything in that country. Again, it’s more of a technique than a hard-and-fast recipe. Roughly chopped Nappa Cabbage is rubbed with a mixture of Salt, Sugar and Spices and crapped into fermenting jars. In Korea, the traditional method is to bury large earthenware urns of Kinchi in the ground to let them ferment gently over the summer. In some regions they add Daikon Radish, Cucumber or Scallions. Spices and flavours include Ginger, Oyster Flavour Sauce, Shrimp Saucce and Thai Fiosh Sauce. Again, experiment and arrive at your own recipe. And write it down to ensure you can replicate your feat of culinary magic! You can eat your Kimchi in as little as a week; conversely, it will keep for months in a cool, dry place – like any other Pickle.

Spaghetti Squash – As I mentioned earlier, I love to make Spaghetti Squash dishes. One of my fave ways to go is to hollow-out a Spaghetti Squash that’s been cut in half top-to-bottom. I set the ‘Spaghetti’ strands for the moment and brush the cut and and hollowed surfaces of the Squash with Olive Oil or Butter. Sometimes, both. Then I give them a good sprinkle of Salt and pepper. I then bake the Squash halves face up on a baking pan lined with parchment paper until they are golden on top and a fork goes in easily. But not too easily; the squash will be going back in then oven later! In a deep frying pan sweat off some medium-diced Red and Green Bell peppers, Sweet Onion diced roughly the same size, and some Smoked bacon diced the same size. I sometimes throw in just Cumin and Coriander to flavour the ‘Spaghetti’ mixture. You can just toss in some prepared Madras (Yellow) Curry powder, if you want. It’s great! Or, you can go Italian and use Basil, Oregano, Thyme, Onions, Tomatoes, Olives and a dash of Balsamic Vinegar. And a little Red Pepper Flake. When the ‘Spaghetti’ is tender and the other ingredients are cooked through, fill the Squash halves with the mixture, drizzle with Olive Oil and place under the broiler for a few minutes, until the dish is heated through. Yum!

Veggie Chili – I like to cut up a lot of veggies in a half-inch dice: Bell Peppers of any and all colours, Carrots, Squash, Celery and Onions. Then, I add fresh Corn Kernels, soaked or Canned Kidney Beans and Enough crushed tomatoes to cover all the other stuff. Top off with some finely diced fresh Jalapeno, a spoon or two of Arbol Chili Powder and Brown Sugar or Molasses to taste.  Mix well with a wooden spoon and let simmer all day, covered. For smaller quantities, I use a slow cooker, set on high for two hours, then reduced to low for 4-6 more. Serve over Rice and enjoy!

Veggie Burgers – All the flavour and all the bite – without the meat. Textured Vegetable Protein can be used to stand in for Meat. I prefer to use a blend of Mushrooms and starches – cooked Lentils, Barley and Black Beans work well. I’ve posted my own Veggie Burger recipe. You can start with it and craft your own personal special mix. Or surf the Web and pick and choose from hundreds – maybe thousands – of recipes others have come up with.

Veggie Pizza – The original Neapolitan Pizza – the famous Margarita – actually qualifies as a vegetarian dish. It’s just Tomato Sauce, Fresh Mozzarella and Fresh Basil on a thin crust. But the Sly’s the limit from there! Switch out the Tomato Sauce for other bases. Try all sorts of crazy flavour combos. I’ve used caramelized Onions to great advantage on many a Veggie Pizza! Go for it!

Any of the above recipes can be embellished with Meat, if you wish. I usually don’t. Especially the Gazpacho.