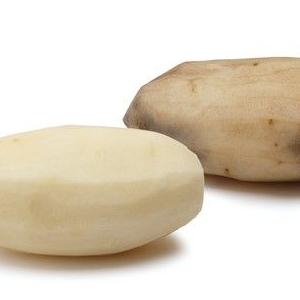 GMO Foods Are Back In The News…

Once or twice a year, the issue of genetically modified (GMO) foods crops up (pun intended) in the news. These appearances usually coincide with the announcement that another GMO food product has been authorized for sale to the public. This time it’s a new take on an old, faithful Potato… 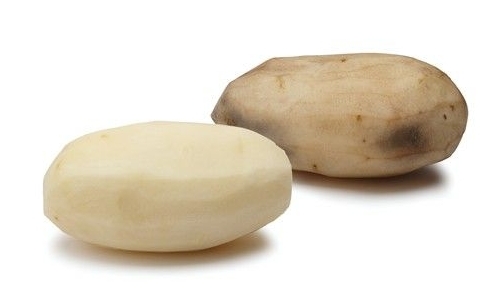 The latest GMO food to be cleared for sale in Canada is a variant of the beloved Russet Burbank Potato – this one called the Innate Russet Burbank – will be embraced by mainstream food service operators and the food processing industry for one key reason: it doesn’t turn brown within minutes of being peeled or cut. That means simplification in handling and packing processes and reduced spoilage, which should translate to savings all the way down the line. Alas, Food processors will likely just tuck any savings into their pockets. That’s generally been their practice in the past. After all, the number one mandate for all big corporations is to grow profits and maintain value for their shareholders. But that’s another rant for another day.

Oh, yes… One thing that should arise from the advent of the non-browning Potato is that controversial preservatives and anti-oxidants, heretofore used liberally on processed Potatoes, will no longer be required. One of the biggest, in the commercial food processing sector, is Sulphite, also known as ‘Spud White’, for it’s anti-browning ‘benefits’. It’s a major target of those who oppose the use of chemicals on their food. Yes, there have been breakthroughs in ‘natural’ Potato preservation in the past few years, but none is yet in widespread use, as far as I can determine. Maybe, now, they won’t be needed.

On the other hand, those who oppose chemicals on their food overlap in a big way with the folks who oppose GMOs, saying they’re unnatural and, therefore, unsafe. I know. I oversimplify, but you get the idea.

Genetic modification has been known and practiced for millennia, since farmers started selecting certain plants propagation, and certain animals for breeding, based on desirable characteristics. That’s why the agricultural crops and food animals we raise today are so different from their ancient predecessors. European Monk Gregor Mendel demonstrated the mechanisms by which genetics transfers characteristics from one generation to those that follow 150 years ago, studying Pea vines. The employment of gene splicing to impart desirable characteristics to popular, and economically important crops is a logical next step.

Also… The new Innate Russet Potato gets its name from the fact that it contains only genes transplanted from other, naturally-occurring wild and cultivated Potato varieties. None of the inter-species gene mixing that originally outraged anti-GMO activists. Perhaps this will make the Innate russet more acceptable to them.

Anti-GMO foods advocates claim these new breeds are not safe for humans, or food animals, to consume. Government reps disagree, saying the anti-GMO people haven’t proven that GMO crops aren’t safe. GMO-objectors counter that the ‘experts’ have yet to prove the new foods are safe. So, we have to make up our own minds.

I, for one, am ready to use GMO foods and meat from animals fed GMO crops. Am I fearless or foolhardy? You’re welcome to your opinion.

2016-03-24
Previous Post: Something New in the Way of Condiments…
Next Post: Stevia May Actually Be GOOD For You!