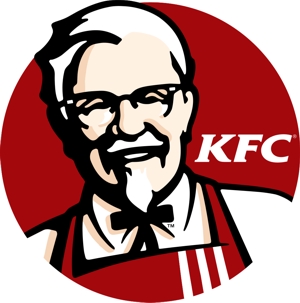 Yep. It’s true. Fried Chicken, so solidly connected with the U.S. south in song and story, was actually invented somewhere else. Somewhere far away from Kentucky. Somewhere way north of Kentucky. I didn’t believe it when I first heard it. But additional research proved the claim true! 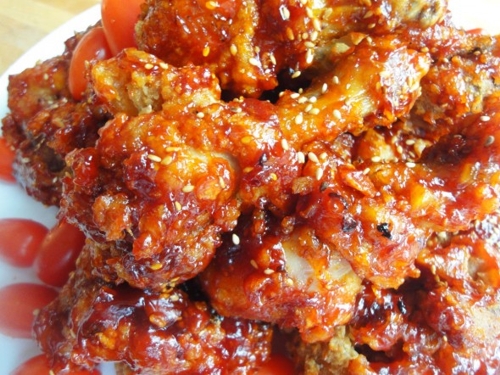 The other, much older, KFC: Korean Fried Chicken. Replete with spicy sauce and
toasted Sesame Seeds! This one is not, by all accounts, from Scotland.

No kidding. Scottish crofters invented it, not as a quick, every-day take-out food, but as a feast day specialty. Back in those days you couldn’t just walk into a store and buy it. You couldn’t even buy a Chicken to take home and cook yourself. You had to raise your own Chickens and those were most valuable for their eggs, at least until they got older and stopped laying. By then, though, they’d been stomping around the barnyard so long they were stringy and tough. Good only for Stewing. But special days called for special food and the odd Spring Chicken was sacrificed to the fryer. And the amount of fat required to deep fry or shallow-fray was expensive, just for that purpose. All that changed in the last half of the last century, though, as Take-Out and Fast Food culture blossomed across the globe.

Scottish immigrants brought their dish to north America in the early 19th century and it became a favourite of Cotton Belt workers (slaves) by the time of the Civil War. From there, it spread across cultural and social lines to become a hallmark of American cuisine.

Although it’s been a staple in North America for almost two centuries, Fried Chicken has been a favourite in Asia – particularly Korea and Southern China – for at least a couple of thousand years. Probably more like 4 or 5 thousand. And the Asians  have developed the disk in more dimensions of form and flavours – what with all their incredible sauces and such – that North American’s still haven’t dreamed of, yet. Okay. That’s a bit much, but the point is, Fried Chicken is now a world-wide fave – in the classic American Southern Fried tradition. Even in such diverse places as Japan, the Philippines, India and Eastern Europe.

The rage for American-style Fried Chicken can be traced back and credited to the vision and tenacity of one man: Harland D. Sanders. Back in the 1930s, in the Great Depression, a young Saunders opened up a roadside stand selling Fried Chicken in Corbin, Kentucky. He needed to cook it fast, so he came up with a pressure-cooking process that also resulted in a really crunchy crust and really moist chicken.

It was also Sanders who made the first major foray into restaurant franchising. He traveled the South selling his Chicken pressure cookers and promoting his recipe which, famously, was composed of 11 different Herbs and Spices. That was long before Ray Croc got the idea to franchise McDonald’s Burger joints all across the continent.

Credit where credit is due…

Sanders died a happy, wealthy man at the age of 90, in 1980. His legacy lives on, though, at nearly 20,000 KFC locations around the world. And, as the teaser image on our main page for this post records, his grandfatherly visage remains, literally, the face of the brand.

Fittingly, the surname ‘Sanders’ can also be traced back to Scotland. Now, you know.