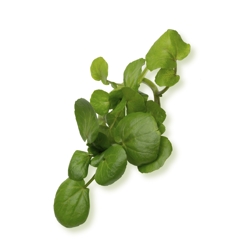 In this post, our third on Greens, we’ll look at the Peppery leaves that put some zip into otherwise bland or bitter Salads and challenge dressings to step up the flavour! You probably know some of these plants already, but I’ll bet others will be completely new to you – as Salad Greens, at least!

The classic Peppery Salad Green. And very, very British, to the point that they serve Water Cress Sandwiches right beside the Cucumber Sandwiches at High Tea. Better produce departments will have little bunches of water Cress on display. Virtually all supermarkets offer bagged ‘Baby’ or ‘Spring’ Salad mixes, most of which contain a Peppery component; sometimes Water Cress. 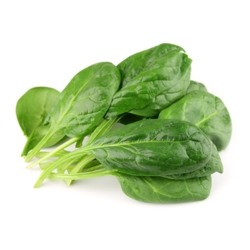 Everybody knows Popeye’s fave green – even if he does eat it soggy and wilted from a can. It’s a great source of vitamins and minerals and its dark green colour makes a great visual impact in any Salad mix. Spinach is one of the bob-crunchy Greens with the exception that the stems of larger, mature Leaves should be removed; they’re tough. ‘Baby’, or young Spinach is particularly prized for its milder flavour and softer texture. 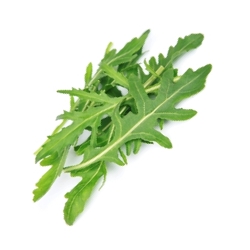 The British love this one, too. They even have their own name for it: Rocket. It has an assertive Peppery flavour and an attractive medium green colour. Arugula’s decidedly non-crunchy texture gives a nice contrast in predominantly-crispy salads.The popular Spring Salad blends mentioned above often include Arugula as a Peppery ingredient, but better produce departments will carry it as a standalone bunch. 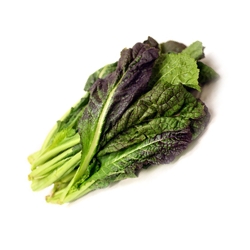 Here’s another non-crunchy leaf that offers a pronounced Peppery flavour with a Mustardy edge. It distinguishes itself among the other Peppery Greens by its deep green colour and large, broad leaves.many folks who like Mustard Greens grow their own, because they are hard to find, even in better produce departments. 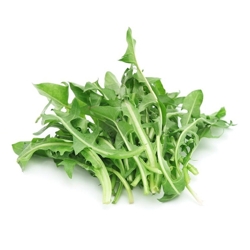 The best leaves are the dark green ones with more or less smooth edges. And Dandelion is definitely best in Spring, when you can get the tender, mild new shoots.Yes, you can gather them yourself, but be sure the ground hasn’t been treated with any chemicals or pesticides. It’ll be taken up by the plants. Best bet? Gather only from your own yard, where you control the growing conditions.

So there you have it!

Now all you need to do is go out and try some of the greens you were unfamiliar with until now!