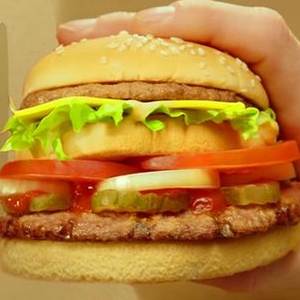 For the past few years, I’ve been predicting massive mergers and closures of Fast Food joints that just can’t compete in an ever-more-competitive market sector. But I didn’t contemplate the effects of the COVID-19 lock down on what I considered an inevitable future trend…

What next? A post-prank report on the great McWhopper campaign…

I’ve reported on a series of pull-backs by major Fast Food chains during the latter half of the 20-teens that directly reflect the pressure on even the largest players in the sector to gird their loins against growing pressure to ‘be all things to all (potential) customers’ as they and their competitors reached the innovation and creativity saturation point in their own niches.

Their solution – as unsustainable as it proved to be – was to invade others’ niches. Sly players like Arby’s arranged a marriage of convenience with non-competing brand Buffalo Wild Wings to get into the Chicken sector. Tim Horton’s, through their holding company owner, Restaurant Brands International (RBI), allied in a similar cooperative manner with Burger King and Popeye’s Chicken. YUM! Brands, which has maintained a low profile on the public eye, has quietly snapped up a group of non-competing brands including KFC, Taco Bell, Pizza Hut and more well-known names in the past few years.

Burger players added Chicken menu items. Mainstream players like McDonald’s invaded the Premium Coffee and Pastry niches (i.e.- Starbuck’s) with Café-style sub-brands. Tightly-focused brands like Taco Bell and Chipotle’s allowed their menus to balloon in all directions in the attempt to capture a larger slice of the overall Tex-Mex market, things got totally out of hand as their business models became untenable. But they’ve done what I consider to be one of only a very few things that will work to help them survive the shakeout.

Over the past two or three years. The Bell, Chipotle and – to give credit where due – some other second-tier brands, have changed out their CEOs signalling a major shift in their business philosophies and models and then, shortly after, have announced major refocusing of their menus and marketing efforts to emphasize their original ‘core’ values and food focuses. They know there’s only one way to guarantee that they’ll survive and, they hope, thrive in the new Fast Food reality: Focus and ally themselves commercially with other brands that focus on other ‘core’ areas of expertise.

And here comes round three, ahead of schedule…

But round three of the shakeout seems to be on top of us before most expected it. And that’s because of the pressure exerted on the economy by the COVID-19 crisis.

I originally thought it was just a COVID-19 blip; something unique to Dunkin’, when they announced a couple of weeks back that they would be permanently closing as many as 450 of their satellite outlets, all co-located in Speedway gas stations. But I was wrong. Mighty McDonald’s has now announced it will permanently close approximately 200 smaller outlets, defined as such by their relatively low sales volumes. Most of those are co-located in Walmart department stores.

July 31, 2020, UPDATE: Dunkin’ now says it will permanently close up to 800 locations as a result of damage to the business from the COVID-19 pandemic. That number includes the 450 reported earlier this week located in Speedway gas stations.

Many Fast Food brands have ‘streamlined’ their menus, dropping all but their best selling items, to help their staffs cope with the additional hygiene and safety rules for maintaining take-out and delivery sales mandated by the COVID-19 lock down. According to info from McDonald’s and at least one of their franchisee organizations, both head office and front-line operators like the idea of slimmed-down, more-focused menus. Lower overheads and inventories, less expensive training costs for new staff, perhaps even reduced staff requirements.

A number of Fast Food chains, large and small, have already said they’re considering cutting the hours of their all-day breakfast commitments. Some have cut their breakfast menus altogether, and not reinstating them after the pandemic is over.

It will be interesting to see how the menu-slimming trend pans out. And then what, after that?

Mash-up menu items and retail products, involving collaborations between resto chains and Snacks vendors, are already pretty common. Back when some of us started talking about a coming shakeout in the Fast Food sector, BK pranked us all by publishing an alleged open letter proposing that McDonald’s and Burger King should join forces to mark World Peace Day, 2015. Their joint project to promote peace would be the McWhopper Burger (see photo, top of page). BK’s marketing agency whipped up a U.S. print ad campaign featuring full-page ads across the continent and online videos that ‘broke the Internet’ (see video, above).

How soon before we see the real thing?