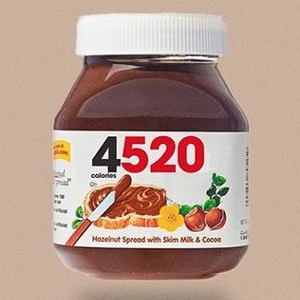 Would you still buy Nutella if it was renamed ‘4520’ in honour of the number of calories in the jar? It’s an interesting question posed by a new Instagram account, amid popular turmoil over how to discourage people – especially kids – from eating too much high-sugar, high-fat junk food. 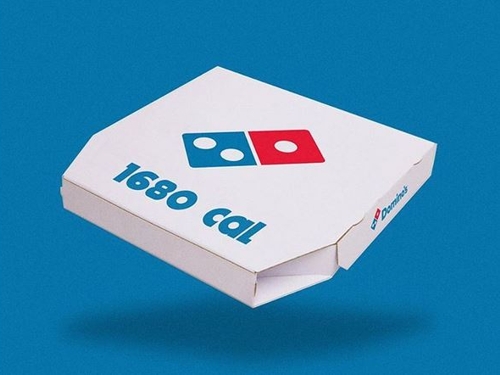 Would you still buy a Pizza just for a snack if you knew it was going to dump a load
of calories on you? A moment on the lips, a lifetime on the hips…

Aversion labeling has been tried with Tobacco products. Here in Canada, start aversive warning must occupy no less than 75 per cent of the front surfaces of cigarette and small cigar packages. The idea is to discourage people from smoking. but it doesn’t seen to have had much effect. Nevertheless, the Canadian Government is currently looking to up the ante by requiring that the entire front surface of such packages be covered with aversion warnings – and grizzly photos of tobacco-caused diseases.

Why it doesn’t work well with Tobacco…

Tobacco products are nothing more than delivery systems for nicotine, a highly addictive drug that’s as hard to get off of as some opioids. That said, it should come as no surprise that smokers – especially those who’ve smoked for a long time or those who smoke heavily – would rather attend to their next fix than read package labels. “It hasn’t killed me yet!” they’ll rationalize. Which is not to say their attitude often takes a 180 when they’re diagnosed with Cancer, Heart Disease or some other affliction traceable directly to their smoking.

So, what about high-cal foods?

First, let’s note that Sugar – a principle player in high-calorie foods – has been shown to be as addictive as Heroin, using the same pleasure centre receptors in the brain to register its effect. Given that, would aversive labeling on high-sugar and high-fat processed foods cause diners to pause before purchasing?

To test the hypothesis, the folks behind Instagram account ‘Calorie Brands’ have doctored the labels of a number of popular products to put their calorie counts front and centre.

Take a look and tell us what you think…

2016-06-15
Previous Post: Blast From The Past: Sweet Cucumber Pickles
Next Post: Coffee Off The Hook As Cancer Causer!