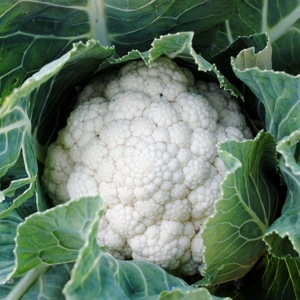 $8 Cauliflower Just The Beginning for 2016

Have you been reacting to ever-increasing food prices the way I have? Going into deep denial and hoping they’ll just go away if we wait long enough? Well, it appears that food prices have a long way to rise, yet, before we see any relief – especially in places like Canada, which get WINTER. 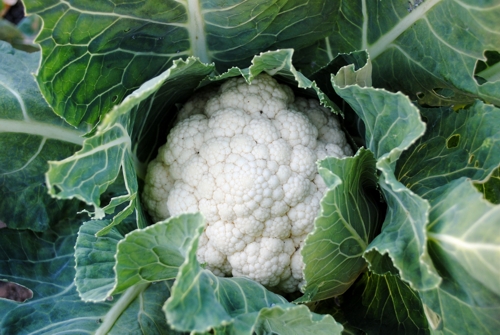 Beautiful. But is it worth $8?

Yes. I’ve actually seen $8-a-head Cauliflower in one local grocery store already and Broccoli is not far behind. Leafy Greens and Soft Fruits are sure to follow shortly. Right now, it has mostly to do with the disastrous drought in California and resulting crop failures. As you’ve no doubt noticed, they’re having serious weather trouble in Texas, Arizona and New Mexico, as well – regions where a lot of our Soft Fruits come from three out of four seasons of the year.

It may have occurred to you that I haven’t commented on the Root Vegetable or Hard Fruits situations yet. We grow a pile of those at home and they store well. We’ll be eating the 2015 crop of Potatoes, Carrots, Onions and Apples until next October. Maybe later. So it’s not those staples that will rocket in price. It’ll be Celery, Spinach, Lettuce, Tomatoes, Berries of all sorts, Citrus Fruits and some of life’s little exotic pleasures, like Avocados and Kiwi Fruit.

Prices on various products will eventually reach a level where most folks just won’t pay them. The supermarkets will start treating them as ‘specialties’.Supplies will be limited to the relatively small amounts that the sellers think they can move.

This will have two consequences.

First, folks who just can’t do without their Guacamole will start shoplifting Avocados. This problem already plagues the meat departments in some grocery stores, where folks take a lot of time and effort to figure out new and cunning ways of concealing meat in their clothes.

Second, most home cooks will change their menu repertoires. Foods that they may once have cast in minor roles in the nightly dinner ‘show’ will be promoted to star billing. Already, monthly figures show folks, in general, are eating more Chicken and Pork and less Beef. They still have a family to feed and they simply can’t afford to feed it Beef. ‘Fancy’ veggies like Asparagus will appear on the plate only on special occasions, like Christmas Dinner, when expense is much less of an issue than it is on a day-to-day basis.

Implications for the long term…

Some say this inevitable trend is a good thing. We all, wherever we live, will learn how to live on what we produce locally, like our forebears used to.This will, of course, mean less variety in our diets. But we know so much about food and nutrition now that we will easily side-step issues such as Scurvy and Rickets and other diet-related illness that posed real threats to past generations.

Other positive outcomes from this development will include a greater awareness on the part of average folks about the benefits of more Veg and less Meat in their diets.The day may come when all home cooks will know by heart the rules for substituting vegetable protein for outrageously-expensive, hard-to-get animal protein. It follows, then, that there will be fewer Beef, Pork and Chicken farmers. It’ll be interesting to see what happens to the Egg industry over time.

And, as food becomes more expensive, people will will naturally eat less. There should, logically, be a drop in diet-related diseases and conditions as people become more knowledgeable about the effects the stuff they put in their bodies have on their overall well being. Medical care costs should fall correspondingly, as fewer people suffer from Obesity, Heart Disease and some Cancers.

Folks will start trying to grow foods themselves that they want to eat, but can’t afford to buy at the store. Canning and preserving will enjoy a new renaissance.

As I see it, it’s a case of short term pain for long-term gain. In the meantime, we’re in for a wild culinary ride!