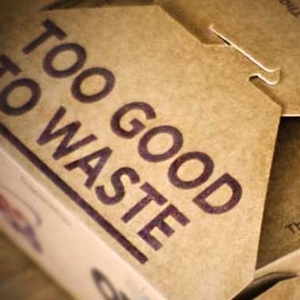 The last place you’d expect to find such a boorish convention as the Doggie Bag is now in the forefront of a trend designed to combat food wastage. If you haven’t guessed, a new law requiring restaurants to offer patrons take-home packs for their leftovers has been enacted in France! 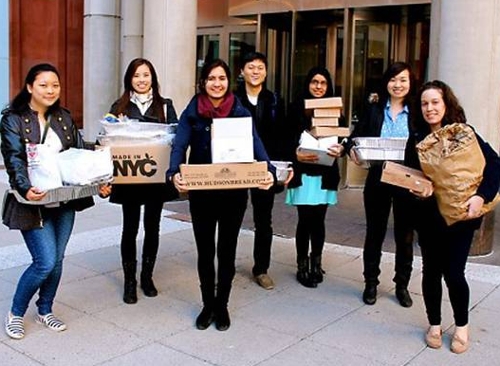 Rescuing Leftover Cuisine organization volunteers in New York City, taking delivery
of some restaurant donations. Who can’t we do this kind of direct food
repurposing in all jurisdictions?

A report this week in the London Daily Telegraph says a new law has been enacted in France – bastion of the Foodie Êlite – requiring restaurant owners to offer patrons  taker-home packs for their leftovers. It’s a gesture towards reducing food wastage in a world where millions go hungry every day. Even in Paris. The French government estimates that more than 3.5 million French people depend on handouts from food banks and other charities every day, just to get by.

Of course, the foreging doesn’t even tough upon of all the perfectly good food that’s culld from the food supply chain on the way to the supermarket or foodservice outlet – just because it’s too large or too small or misshapen. It’s a crime!

Restaurants just one culprit in the scenario…

The article also highlights another source of egregious food waste: the catering industry. The French government claims that fully 14 per cent of the total food wastage in that country is generated by the catering industry. We all know that the situation is the same everywhere. There’s always a load of leftovers after any catered event.

It’s been suggested, and has been acted upon in some jurisdictions, that catering leftovers should be donated to food banks, missions and other charities which feed the poor. But, in many places, Health Department Regulations don’t allow the practice. Or, where they do, most organizations that could otherwise welcome leftovers just don’t have the facilities to handle them or don’t trust the sanitation or preparation practices of the caterers providing the surplus food. Better to safe than sorry, they say. But everyone in the community is poorer for their rejection of food service industry leftovers, prepared in facilities inspected by public health authorities and transported and handled in an approved manner.

Let’s get our collective act together and get the Health Department People and the Caterers and Restaurateurs together, and come up with some mechanism under which the re-purposing of foodservice industry leftovers can be expedited. We all win!