Tim Horton's might change under the uber-ownership of Brazilian mega-holding company 3G. Well, it seems Tim's is changing more than its menu. And some staff at at least one BC Tim's outlet have chang" />
Skip to content 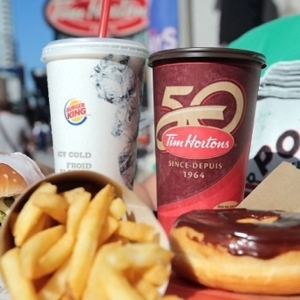 We told you, recently, how Tim Horton’s might change under the uber-ownership of Brazilian mega-holding company 3G. Well, it seems Tim’s is changing more than its menu. And some staff at at least one BC Tim’s outlet have changed their attitude toward their fellow Canadians. 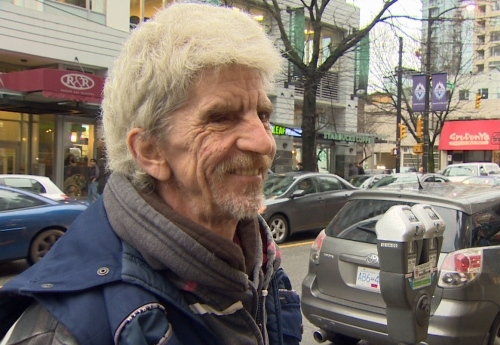 ‘Pete’ says the staff at Horton’s on Robson St. in Vancouver used to treat him
and other homeless men in the neighbourhood ‘real good’. [Photo: CBC.ca]

I think it’s fair to say that just about everyone in Canada – and many elsewhere – have now heard about the incident at a Vancouver Tim’s in which a store manager allegedly dumped a big bucket of water on two homeless people who were sleeping near the store’s doorway. To make things worse, one of the men had his dog with him. The dog reportedly freaked out and the men, abruptly shocked from a deep sleep, were totally discombobulated.

One of the men, who goes simply by ‘Pete’, told reporters that employees at the store used to be friendly to him and his cohort of the homeless.

“They treat me real nice,” he insisted. Until now.

The homeless guys respect that and they give respect back by cleaning up the major mess of food wrappers, paper cups and other debris that accumulates around the entrance of the store daily. The store folks often gave the guys coffee and soup.

So why suddenly treat these guys like raccoons your back porch?

Let’s pause for a little ‘what if?’ thinking… What if the new ownership, which is notorious for its concentration on profit and its detachment from the front line realities of its many enterprises, has issued an edict to the Tim’s stores to clean up their act and maximize their traffic and revenues. What’s the first thing a manager does? Get those homeless guys off the front porch!

So, anyway… There’s a movement afoot, now, to get people to boycott Tim’s over the incident. And Tim’s national office has apologized for the inhumane outrage and says the store manager has promised to make amends personally to the men and their dog.  But it’s still a potentially huge public relations problem for Hortons/BK/3G. We’ll be wetching to see how they handle it. best case for the company, they spin it positive and offer all homeless folks a bowl of soup a day. That could either be considered ‘doing community service’ or ‘exceptional corporate participation in their community’, depending on which side of the argument you’re on.

I know. I know… There will be many who disagree with me for various reasons. This post is intended to encourage discussion. Share your views with us.