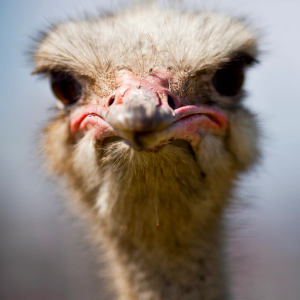 Sunday Musings: Why is Diabetes Still A Scourge?

A new study reveals that avoiding type 2 diabetes may be as simple as following the latest edition of most national nutritional guides. This, combined with all the groundbreaking discoveries about diabetes over the past few years, should have resulted in eradicating the disease. But it hasn’t…

Diabetes is a both a health and economic scourge, costing billions
of dollars to deal with each year, the world over.

Type 2 diabetes is universally considered a scourge – en epidemic – among modern, developed societies the world over. Losing weight weight and limiting sugar intake have been pinpointed by study after scientific study as ways of lowering our risk of developing the potentially deadly disease, but diabetes continues to rank as a leading gobal health threat, along with heart disease and cancer.

Can’t get much simpler than this

Australian researchers have now discovered that simply following the f0od choice recommendations of your national nutrition guide may go a long way to helping you avoid developing type 2 diabetes. They say folks who simply followed the guides and consumed at least two servings a day of fresh fruit per day had a 36 percent lower chance of developing type 2 diabetes than those who consumed less than half a serving.

In case you haven’t been following the ongoing controversy about type 2 diabetes, an abstract of the Australian study report sums it up thusly: “Diabetes is a disease where people have too much sugar in their bloodstream, and it is a huge public health burden. Approximately 463 million adults worldwide were living with diabetes in 2019, and by 2045 this number is expected to rise to 700 million. An estimated 374 million people are at increased risk of developing type 2 diabetes, the most common form of the disease. A healthy diet and lifestyle can play a major role in lowering a person’s diabetes risk.”

A little common sense, it seems, would go a long way to helping dramatically reduce or even eradicate type 2 diabetes across the developed world. But health officials and governments are not really pushing it, and folks in general seem to have more important things to deal with…

Now, a new study has produced the clearest, simplest picture of how easy it would be to eliminate a dramatic proportion of the world’s diabetes care and treatment burden simply by following current ‘Food Guide’ recommendations.

“We found people who consumed around 2 servings of fruit per day had a 36 percent lower risk of developing type 2 diabetes over the next five years than those who consumed less than half a serving of fruit per day,” said study author Dr. Nicola Bondonno. “We did not see the same patterns for fruit juice. These findings indicate that a healthy diet and lifestyle which includes the consumption of whole fruits is a great strategy to lower your diabetes risk.”

So why aren’t millions of otherwise intelligent people the world over rushing to the produce counter to stock up on whole, fresh fruits? Two words sum it up: ‘Human Nature’.

The sad truth about human nature

The sad truth is, being human does not mean being analytical, decisive or even cognizant of what’s going on around us and happening to us. In fact – entirely from my observations of the human animal – I have to conclude that being human consists in large measure of seeking pleasure and personal fulfillment in what we do day in and day out, and hoping bad stuff won’t happen to us. It’s no big deal if other people not closely connected to us contract heart disease, or cancer or obesity (and all the other ugly health issues that brings with it), but we gamble that it won’t happen to us or our loved ones.

When it does, we react with horror and dismay: How could this have happened to me? To our family? Why aren’t people doing more to fight this dreaded disease (whatever it is)? Quick! Join a support group! Donate to a Society dedicated to fighting the scourge! Alas, most of us just ignore the bad stuff in our word until it sneaks up and bites us in the behind.

So what’s a mere human being to do?

A universal ‘cure’ for our deplorable situation would be a pill or something officials could put in the water to make us all more aware of the bad things going on around us, especially in connection with our own health and well-being. But that’s highly unlikely to happen. More realistically, I think, we could each hitch up our suspenders and pull up our socks, start paying attention to news stories like today’s findings about diabetes, and pitch in to help do what it takes to make ourselves and our society healthier.

But judging by my own experience over several decades, asking folks to step up and help themselves and their neighbours make the world a better place is a thankless task. It seems we’re all too busy chasing the almighty dollar and trying to insulate ourselves from the harsh realities of the world around us. Like the proverbial ostrich, we stick our heads in the sand and cling to the desperate, crazy belief that ‘it can’t happen here’.

Or am I the crazy one?

Muse on that, and let me know what you think…