Sunday Musings: ‘Most Popular Foods’ Tend To Be ‘Junk’

I always like to see what various self-appointed experts and scientific survey organizations have to say when they issue ‘Most Popular Foods’ lists. What I’m most interested in is, do they agree on the menu item choices and rankings? 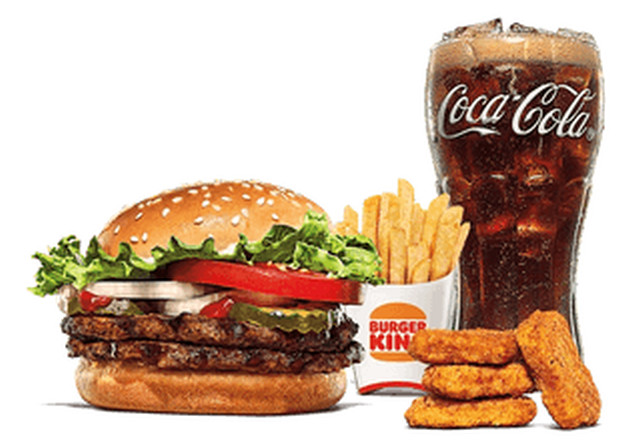 A classic Fast Food feast: Featuring three of the top ten most popular foods in America…

If they show some significant degree of consensus, I figure that means the lists are pretty accurate. But this time, I have to say, I found a metric that interested (concerned?) me more. According to one noted food blogger who issues an annual Most Popular list, all the top 10 items were classic junk food!

Matt Taylor has been issuing Most Popular Foods lists for years, and he takes care to aggregate the results of a number of authoritative sources in choosing and ranking his list. He is confident enough about his lists – and sensitive enough about his rep – that he adds a disclaimer:

“This is not an exhaustive list and is somewhat subjective, the term ‘popular’ in and of it self is slightly subjective but has objective data to back it up. I pulled the data from many different sources (cited) and other lists, but looking at the list I tend to agree.”

That said, here’s his latest master list, for the last full calendar year, 2021:

All the top ten most popular American foods on Matt’s list are – brace yourself – junk food! Geeze! This in the middle of a global COVID pandemic, and resulting food shortages. Food shortages have only gotten worse since last year, when Matt compiled his list, owing to rising fuel and fertilizer prices, transportation chain breakdowns and other basic issues. Not to mention the devastating weather conditions roasting the U.S. south and triggering record rains and flooding in the north. Crop failures have been rampant.

Because of shortages. food prices have soared to levels not seen in 40 years. And there’s no sign that prices will even stabilize, let alone star to fall again until nest spring. Please note, Fast Food prices are also rising significantly for the first time in years. Yet folks still favour Junk over quality.

Given traditional free rein to choose what they eat day-to-day, Americans are leaning just as heavily, or more so, on Fast Food and Junk than they did before the pandemic and Global Warming.

That’s not to say that average folks at the bottom of the economic ladder aren’t relying more on Food Banks and other relief organizations for their survival. And that’s hitting the Food Banks with a double whammy: soaring demand amid declining donations. Fewer folks are able to donate and those who still donate are giving less.

And… the foregoing comes as official health and nutrition organizations across the western world issue even stronger warnings about the evils of Fast and Junk Foods.

We’ve posted previously in this space about the addiction dimension to the mass affection for fast and Junk Foods. Recent evidence suggests humans are hard-wired to prefer fat, salt and sugar – an evolutionary holdover from prehistoric times when our misty-disty ancestors learned to gorge on foods that contained those essential nutrients because we didn’t know when we would be able to get them again.

And I can’t resist the temptation to spotlight OREO Cookies, which serious scientists have been provcn to be just as addictive as heroin.

Given the previous sub-section, it’s a shame we haven’t been hard wired to crave whole grains, brightly coloured and dark green veggies and plant proteins. But that’s for another post (perhaps) on another day.

And we’d still be facing the unprecedented challenges of global warming and global epidemics.

So. Does the evidence presented in today’s post leave us with no other conclusion than that humanity is headed for mas starvation, to be inherited by the rich, the vegetarians and those folks who’ve chosen to live self-sufficiently off the grid?