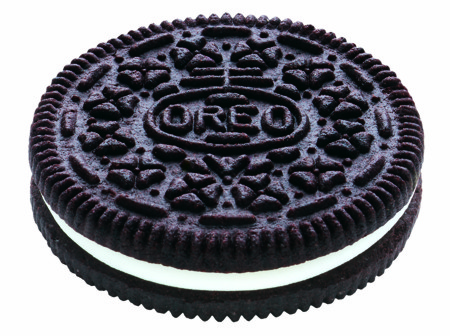 Apparently – according to a study by undergraduate researchers at Connecticut College, reported in The Christian Science Monitor, it depends on how you define ‘truly addictive’. But the findings, they say, definitely show the same pattern of behaviour among Oreo devotees as is exhibited by drug addicts.

Does this image make you hungry? Crave sugar and fat? Give you the jitters?
You’re not alone. There may be millions of people around the world addicted
to Oreos – and a plethora of other high-fat/sugar threats.

But what’s more telling is the pattern of brain activity the researchers observed in the rats. Faculty supervisor for the study, Dr. Joseph Schroeder, explains:

“Our research supports the theory that high-fat/high-sugar foods stimulate the brain in the same way that drugs do. It may explain why some people can’t resist these foods despite the fact that they know they are bad for them.”

And the researchers found that the high-fat/sugar cookies cause even stronger neural responses than cocaine or morphine – two of the most addictive substances known to medical science.

Are you an Oreos (or any other high fat/sugar treat) addict? Alas… There is no 12-Step-Program…