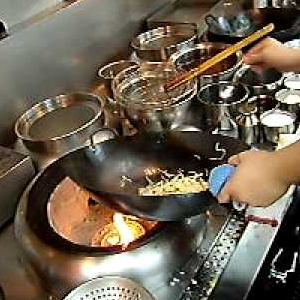 There’s a big to-do about a recent Los Angeles County council resolution that would phase in a ban on natural gas appliances – all to support the municipality’s dream of becoming carbon neutral by 2045. Restaurateurs are particularly concerned about the effect on their businesses… 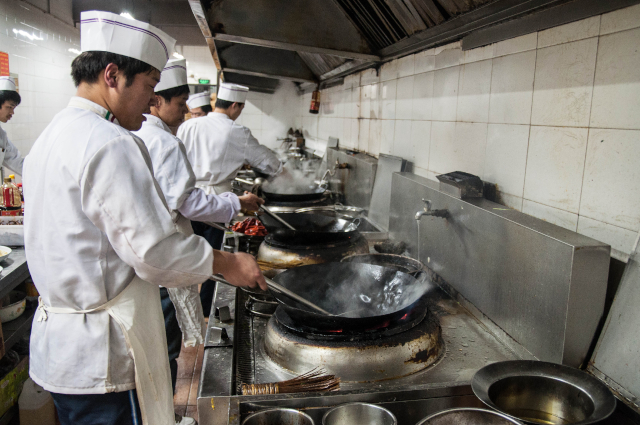 The gas-fired Wok is as fundamental to Asian cooking as Soy Sauce!

Those of us who have worked in the foodservice industry know that there’s no substitute for a gas stove. Instant heat, fingertip temperature control and the feeling that you, the cook, are in charge. Unsurprisingly, restaurateurs are up in arms over the Los Angeles move to phase out their most essential appliances. And chief among the concerned are the proprietors of Asian eateries who like to run their woks and grills at temperatures electric stoves can’t safely or reliably achieve.

The ban – which effects new construction and will eventually require existing gas users to phase out their old appliances – is being labelled ‘racist’ by folks who claim it will mean the end of authentic Asian restos that rely on woks run at very high temperatures to create many of their trademark dishes. Cantonese cuisine even has its own name for the effect: ‘wok hei’, or ‘breath of the wok’.

“By taking away gas, you’re effectively taking away our identity and legacy by telling us we can’t use woks anymore. You’re forcing us to leave our culture behind and adapt to a different one. One that is not ours,” a restaurant owner told Newsbreak.com.

LA not first to ripple the waters

Los Angeles is actually following in the footsteps of more than 50 other California cities which have already enacted gas appliance bans – in spite of heavy opposition. The city of Berkeley (among others) is being sued over its move to ban gas appliances.

So it appears that the gas ban will come, one way or another. Insiders say the resto community is likely to eventually settle for an exemption from the new rules. But the politicians, eager to be remembered as the ones who saved Cali’s environment, are not giving in easily.

Be that as it may…

There are as many opponents to the gas ban as there are proponents. And those opposed on general grounds seem to make some pretty strong points.

First: A wholesale switch to electricity for cooking, heating and other applications would only reduce the overall Cali emissions load by about 10 percent. Cars and trucks make a much bigger negative impact on the ozone layer.

Second: Electricity rates are already rising in Cali at an alarming rate. In fact, some Cali residents are already paying more than double the national average for electricity. And the bills have nowhere to go but up.

Third: Parallel moves by the state and local governments to force folks to move to electric cars and other major appliances are destined to send costs soaring even higher.

“The state as a result faces a looming crisis, some analysts say. […] If power rates keep rising, it will cost more to plug in an EV at home than to fill up a gas tank,” a recent eenews.net article warns.

Fourth: Where will all the electricity come from, to fill all the projected new demand? California already gets more than 37 percent of its electricity from natural gas generating stations. That could rise if the droughts of the past decade continue to hamper hydroelectric generation, the second most important electricity source in the state.

Fifth: New renewable energy sources account for only 33 percent of total California consumption. In spite of formidable progress on solar, wind, biomass, geothermal and other systems, it’s highly unlikely they’ll be able to fill the looming gap between electricity supply and demand, much less help bring down costs. Import more power? Other producers around the western grid are in the same situation. They probably won’t have any to sell.

It seems silly for the politicians to refuse the demand from restaurateurs to exempt them from the coming gas appliance ban. The issue represents such a tiny portion of the overall emissions load. If the elected few are concerned about their ‘legacy’, maybe they should take a wider, longer view.

“It’s a huge problem,” Severin Borenstein, director of the Energy Institute at the University of California, told eenws.com. If people voluntarily add EVs and electric home heaters and then, “tell their neighbors about their catastrophic electric bills, that’s gonna be a huge problem. […] Or we’re gonna mandate electrification and then there’s just going to be huge political blowback. Mandating electrification when you’re charging people 30 or 40 cents a kilowatt-hour is going to be immensely expensive.”