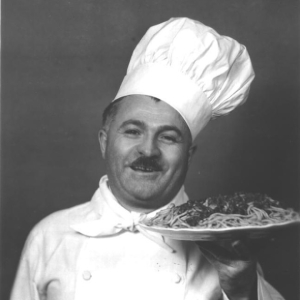 Share A Retro Lunchtime Fave With Your Bored Kids…

I have a suggestion that came in initially as a joke from sister Erin. Are you and your kids bored to death with the usual lunchtime dishes you’ve falling into a pattern of making since the COVID-19 stay-home regimen was mandated? Try exposing them to some of your childhood faves… 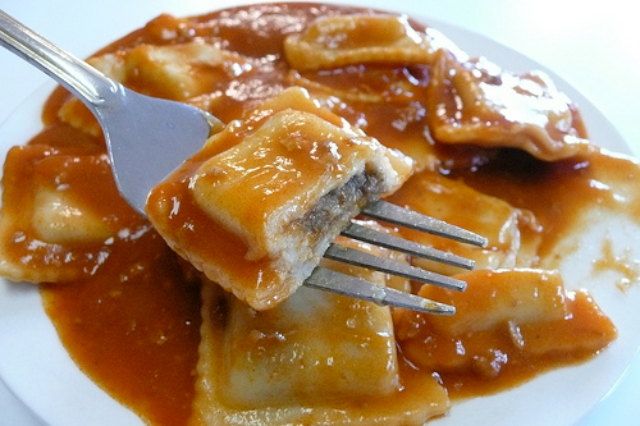 Your basic Chef Boyardee Ravioli. The Sauce is a little tart and Salty. But the Ravioli
themselves rarely fall apart nor does the Pasta ever come out too tough
or too mushy. Dress it up any way you want! Make it
even better than you remember it…

A bonus, here, is that you get to bask in the golden glow of your childhood memories – some of the good ones – when it’s dull, dreary and rainy outside, and everyone is getting a little bored with the ultimately limited menu of new things to do and eat when you’re stuck around the house

The newspaper has been full of seasonal entertainment ideas and Hallowe’en-themed treats you can make this week, and I don’t think I need to add to that storehouse of suggestions. But I do have an off-the-wall kind of contribution that may tickle your fancy.

Did you fidget through your school classes all morning when you were in – say – grade 5 when Mom teased you with the word that lunch that day would be ‘special’: Peanut Butter and Banana on Toast Sandwiches, Kraft Dinner (KD)Instant Mac and Cheese, Grilled Cheese, Hot Dogs or Chef Boyardee Ravioli? Would your kids even believe you when you told them that Moms mostly stayed home when you were a kid and many kids went home for lunch? Anyway…

With the possible exception of the Ravioli, the kids would accuse you of telling tales. Like when you tried to convince them you had to walk to school in snowstorms at 20 below zero? Just forget that for a moment and consider serving them any of those old, favourite 50s and 60s go-to lunches just to show them what you saw as special. It’ll open the door to discussing just how different and how primitive lunch was when you were their age.

I would definitely go with the Ravioli and the KD Mac and Cheese as candidates for this historical re-enactment exercise. I recognise that you may have added souped-up (either figuratively or literally) Grilled Cheese Sandwiches or Hot Dogs in some form to your lunch menu rotations over the past few months. On the other hand, KD is probably as different from what you (and your family) call Mac and Cheese these days. And that leaves the Ravioli.

The Chef Boyardee was real!

Unlike many other (fictional) characters used to brand popular prepared foods, Chef Boyaedee (like, for instance, Colonel Sanders of KFC fame) was a real person.

Wikipedia tells us young Hector started as a kitchen helper at the age of 11 in his home town in Italy, and honed his craft as his family moved on to Paris and London. He arrived in the U.S to the U.S. in 1914 and, “followed his brother Paolo to the kitchen of the Plaza Hotel in New York City, working his way up to head chef,” by 1924.

Hector opened his own restaurant in Cleveland in 1926, and regulars were soon asking for jars of his sauce and other ingredients from his menu favourites to take home. One thing led to another, and the chef was experimenting with canning his foods for retail sale in 1927. By 1929, his first mass market canned product, Spaghetti, was in stores.

The family name was originally spelled ‘Boiardi’, but the young chef Hector decided to differentiate the family from the product by going to a phonetic spelling which would, as a bonus, help new customers identify it when they were looking for it in the supermarket.

‘Boyardee’ became a household name after the Second World War and has remained so up to today. By the time of his death, in 1985, the Chef Boyardee line was grossing $500 million per year in sales. The face on the labels of Boyardee foods is his accurate likeness, and it’s no surprise that some approximation of his face is used on almost all take-out Pizza boxes and Italian-American foods even today.

Have some fun with his legacy…

Sister Erin always has a couple of cans of Chef Boyardee Ravioli in the pantry or nights when she wants a change or just a blast from the past. She recommends adding a pinch of Oregano, Basil and Rosemary as your Ravioli is heating up in a small sauce pan on the stove top. Apparently, it just doesn’t taste as good (with or without additions) if microwaved. Serve with a nice generous grating of Parmesan or Romano Cheese. And I’m sure you can come up with some other ideas that will make your version of Retro-Night Ravioli all your own!

Did I mention that KD has released Pumpkin Spice flavoured Mac and Cheese dinner for the holidays? Try this one on Retro-Night (using your own favourite blend of Pumpkin Spices) sometime soon – I dare you!