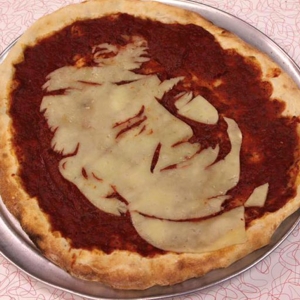 Talk about unlikely linkages! Crazy cause-and-effect relationships! A new finding by restaurant industry analysts in the U.S. claims that the level of political unrest in a country or region may directly influence the balance of sales at different types of eateries. Pizza wins, hands down! 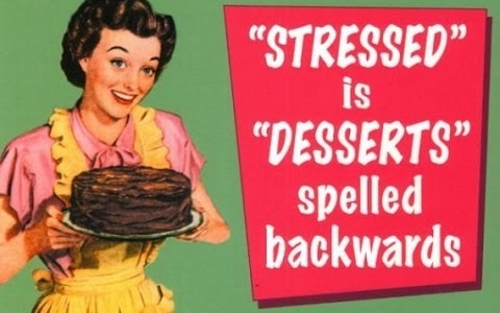 I use this illustration simply because ‘Pizza’ spelled backwards doesn’t spell anything.
But any kind of comfort will apparently do, as long as it’s gooey and easy to get.

Here’s a rundown of the indicators taken into account by analyst Chris O’Cull at industry research firm KeyBanc in coming to his conclusion:

Yes, Pizza delivery operations have been the primary beneficiary of the recent trend.

“[W]e believe the civil and political disruptions that have negatively impacted restaurant dining may be helping pizza operators that deliver to consumers,” O’Cull wrote  in what’s known as a ‘research note’ among investment analysts. “We expect this phenomenon will play out at least through the general election in November.”

It’s not all political…

Things like recent police shootings, shootings of police, attendant riotous demonstrations and the growing racial animosities in the U.S. are also seen as factors in the general trend to withdrawing from the street, hunkering down and just weathering the storm.

O’Cull also says consumers may be trending toward convenience – possibly an indicator of fatigue, depression or other negative conditions resulting from folks’ efforts to deal with the growing difficulty of dealing with life these days, in general. Skyrocketing food prices are another contributor to that syndrome.

In the end, it all comes down to emotional eating. And when we eat to calm, reassure or perk ourselves up, we usually the easiest, most comforting thing available.

I could have told them that, but the financial bigwigs on New York haven’t been taking my calls since… forever!