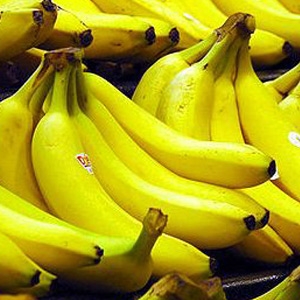 Beloved Banana May Be Headed For Extinction!

Maybe not today, maybe not tomorrow, but soon. And not for the first time…. 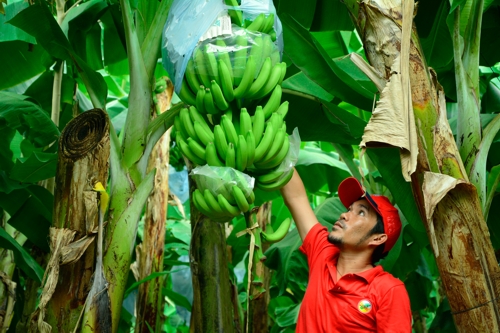 A stem of bananas on the tree. It will be picked just at the moment of
perfect greenness and transported to a packing warehouse
where it will be broken down into ‘hands’ for shipping.

We could be talking a complete crop failure…

We’re talking nothing less than the future of the world’s most beloved Banana variety, the Cavendish. It’s the one grown, in a almost-monocultural industry, by all the major tropical fruit companies. But it may be headed for extinction.

There’s no other fruit that is accorded so much display space in the Produce Department as the humble, ubiquitous Banana. The global Banana industry is estimated to be worth (US)$7 billion annually and forms a major component of the national economies of more than 30 countries. But the spectre of a massive, possibly global crop failure has farmers fearing economic disaster.

And we on the consuming side should be considering our options if the current attack by the tenacious fungus Fusarium results in a shortage of one of our fave fruits.

If the crop is simply reduced and not wiped out entirely, prices will certainly skyrocket due to narrowing availability. If the Cavendish Banana is wiped out in major producing regions such as Ecuador? Yes, we’ll have no Bananas. Except for unfamiliar varieties which are grown only in small amounts and will command high prices.

Bloomberg Business News recently published a fascinating report on the history of the banana. One of the standout facts revealed therein is that a similar Banana crash occurred back in the 1950s when the then-predominant Gros Michel Banana was wiped out by s similar blight. The Cavendish, which was resistant to that disease, replaced the Gros Michel and saved the Industry. But it took years for the Banana to regain its former stature as the king of the Fruit section.

Problem is, Banana industry experts say there’s no apparent replacement for the Cavedish waiting in the wings.

The moral of the story: Enjoy your Bananas while you can. And don’t take it for granted that they’ll be available to your children. Much less, your children’s children.