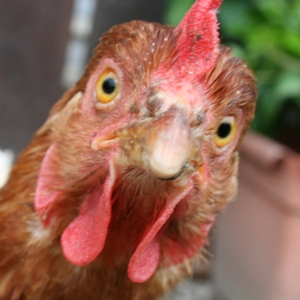 We knew it was coming but just how long it might take for Burger leviathan McDonald’s to phase it in remained a mystery – until now. McD’s has announced its Canadian outlets will follow the example set earlier this year in the U.S. by ‘cleaning up’ its Chicken act: No more antibiotics!

McDonald’s McChicken (left) and A&W’s Chicken Burger (right).
Would you buy either one just because it was antibiotic-free?
Even if it cost more as a result?

This issue means a lot to some people, yet others remain oblivious to it. Nevertheless, we should all be aware that some antibiotics used on humans are also used on livestock. This leads to humans consuming significant amounts of these drugs when they consume Beef, Pork and especially Poultry. Medical researchers say this, in turn, is leading to an overall drop in our sensitivity to these antibiotics across the Western World, making it harder to knock out the diseases and infections for which they are used.

For McDonald’s, this is both a marketing issue and brand-building move: It places the Burger giant ahead of its competition on what could become an important competitive vector in the coming months.

That’s not strictly true. McD’s is trumpeting the move as its own idea. However, much smaller but extremely aggressive competitor A&W has been advertising its antibiotic-free Chicken for ages. The Dubs (as we used to call it back in The Day) has also been promoting its hormone and steroid-free Beef for some time.

This week’s move by McDonald’s might be construed as a declaration of marketing war! But whatever the outcome, it’s going to be good for consumers – at least for their health.

But will it cost more for farmers to meet McD’s new standards? Will cost increases be passed on to McD’s and, as always happens in these situations, to the public? Of course. The dollar-and-cents impact has not yet been determined.

And, as we noted in an earlier post about major marketing and menu shifts being contemplated by McD’s, it’s hard to predict when the changeover to ‘cleaner’ Chicken will be fully implemented. Even the smallest change, chain-wide, can take McDonald’s months or even years to complete. It’s like turning an ocean liner.

Has McD’s inherent inability to react quickly cost it the initiative on this potentially huge issue? They do say that, the bigger an organization gets, the more reactionary it becomes…

We’ll just have to wait and see how it all pans – or, in this case, grills – out.