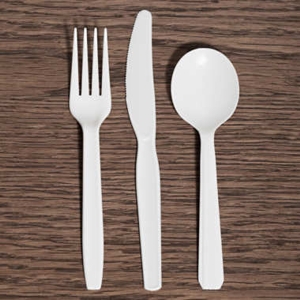 We’ve all seen pictures the ‘McDonald’s of the Future’ that opened earlier this year in St. Jo., MO. And we’ve all seen the new ordering kiosks that McD’s is rolling out across the continent. And we’ve been introduced to some very new menu items and service policies. But how about premium tableware? 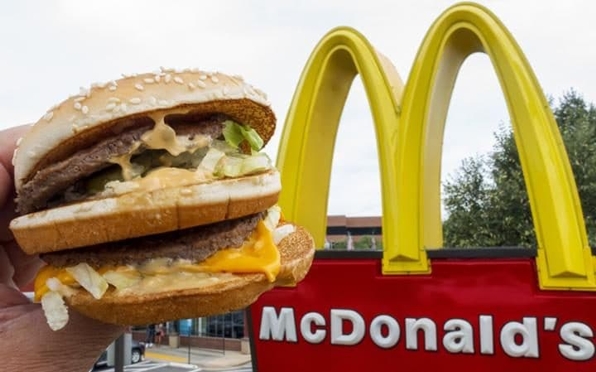 Since Catherine de’ Medici married King Henry II of France in 1547, and brought with her advanced Italian dining customs including the fork, the French have considered themselves leaders in the world of food and eating. And they can be pretty uppity about it, too, sometimes. So much so that, after much discussion and many requests, the Burger Chain is offering full sets of cutlery at all its 1,400 outlets in the country.

“In recent months we’ve seen a reorganisation of the burger market and an expansion of product offerings, including the gourmet burger, so as pioneer and leader, it was vital for us to position ourselves,” Xavier Royaux, Vice President of Marketing for McDonald’s France, told the Daily Telegraph.

The knives and forks (spoons are already available) will only be handed out with McD’s more expensive ‘Signature’ Burgers and they’ll still be plastic and recyclable, like the spoons. It appears that the rational is, ‘buy a regular Burger, eat it with your hands, as usual; buy a premium Burger, you get classier tableware, too.” I think it just means that McD’s can afford to give you a knife and fork cost them a few cents m ore and still make a nice profit on the premium Burgers.

Whatever the economics, a full array of cutlery makes a nice add-on to he new McD’s regime in the locations that have table service.

“The cutlery is an evolution and not a break,” Royaux said, to Le Figaro. How very politely, elegantly French of him!