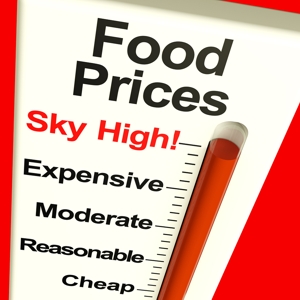 Consumers have been changing their food shopping habits over the past year or so, since Meat and Produce prices went sky high. That’s been hard on supermarket proprietors who’ve seen profits decline as folks buy less Meat and cheaper brands of everything else. What to do? 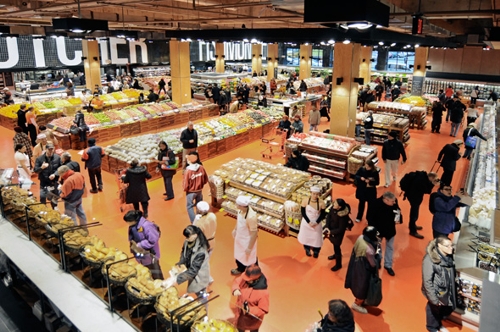 Loblaws has spent a huge amount of money to reshuffle its stores and redecorate
over the past few years. But sales are pretty much flat. Time to hit
the suppliers for ‘their share’?

Remember the 80s and 90s – when every corporate Mission Statement openly trumpeted the organization’s determination to ‘maximize value for the shareholder’? Way down the list of commitments was the promise to make the best products possible and give great value to the customer. But that’s now changing, at least at Loblaws.

The Canadian Supermarket Giant is reportedly pressing its suppliers for lower wholesale prices, presumably so Loblaws can offer lower prices to consumers without cutting its profit margins even thinner.

Ever wonder how WalMart always had the lowest prices on featured products? They just told suppliers, “You give us the price point we want or we don’t carry your stuff.” They also, literally, bought trainloads and boatloads of stuff, which made volume discounts more realistic for the suppliers.

That’s the business model Loblaws is apparently trying out in its attempt to bolster profits.

If you’re as big as Loblaws (or WalMart) you can press suppliers for better deals. If you get into one of the mega chains, you can move mountains of merchandise. But, if the mega chain doesn’t like you – or your price point – they can just say no and you lose a huge opportunity. Would you rather sell 1 million units at a dollar each profit or five million at $0.60 per unit profit?

A letter to suppliers (leaked to the media recently) indicates that Loblaws wants suppliers to give themk a price break that they, in turn, can pass on to retail customers. Loblaws president Galen Weston said earlier this year that he knew the public were getting fed up with high food prices. What does he mean by that? Seems that traditionally, suppliers work within a comfortable profit margin of about 20 per cent which supermarkets, even giant ones, must look to volume to make their millions on about a five per cent retail profit margin.

“Since 2014, our suppliers have implemented more than $1 billion in cost increases. Even more concerning, despite our expectations and efforts to offer value to Canadian consumers, we have continued to receive unjustified cost-increase requests since our October communication — hundreds of millions of dollars by our calculation.

Despite our efforts to absorb the costs, our low margins have forced us to pass many of these increases on to consumers on your behalf.”

The message is clear…

A little flexibility on the part of suppliers now might just fend off or completely obviate real pain later. And Loblaws is squarely positioned to implement WalMart-like tactics with its suppliers, if necessary…

We’ll be waiting with great curiosity to see whether the suppliers give in in time for Loblaws promised 1.45 per cent cut in its retail prices across the board this September…