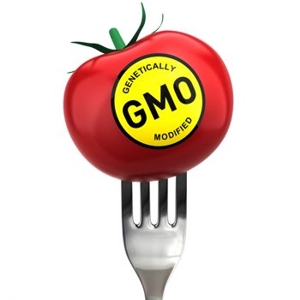 Knowledge Is Power – And Comfort

The philosophers have long held that Knowledge is Power. I say, we should now extend that rule to ‘Power and Comfort’. I base my claim on recent findings by researchers at the University of Florida Institute of Food and Agricultural Sciences that show ‘the more you know, the less you fear’… 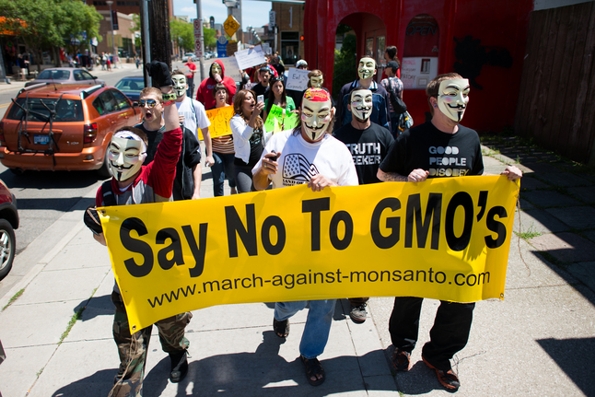 Protesters march in Ann Arbour, MI, against GMO crop developer Monsanto Corp.
Their mantra seems to be that, since science has not proven CMO foods safe,
GMO foods must, therefore, be unsafe. Illusory logic kicks in.

What has this got to do with Food? The issues that the Florida study focused on were the safety of GMO Foods and Global Warming. And researchers found that the less you know about such issues, the more fearful and untrusting you are.

The study concluded that age and gender and education level are better predictors of whether an individual accepts or rejects scientific evidence about GMO Foods and Global Warming than income or education level.

In that context, McFadden notes that simply providing people with more information does not guarantee that they’ll agree more with scientific findings. Arguments like the safety of GMO foods and the reality of Global Warming are often politically and emotionally charged. And politics and emotions trump logic and science every time.

The Florida study also talks about the phenomenon of ‘illusory correlation. The happens when  an individual believes a correlation exists between two events which are not correlated, or believes that the correlation is greater or lesser than the facts and logic indicate. In other words, people seem to construct false logic or invalid correlations to support their erroneous contentions that, for instance, GMO foods are unsafe or Global Warming is not happening. And that just proves that what people want to believe trumps what reality says they should believe – which may explain why politics and emotion take precedence over science and logic.

One way or the other…

People with less education tend to believe alarmists and manipulative sources more readily than those with more education and solid scientific information. And, as the Florida study states, you can lead a mind to the well of knowledge, but you can’t make it drink. So, there’s little hope that the uninformed beliefs about scientific issues of all kinds, which keep floating around the social media and the Web, will disappear any time soon. The key seems to be to have the knowledge and wisdom to accept science and logic.

My own take on all this: Those who distrust science and logic tend to fear scientific and logical findings. And distrust, in the face of positions that disagree with yours leads to fear, conspiracy theories and – sometimes – even to anger and outraged action, such as loud, potentially violent demonstrations. The more you trust science and logic, the less you fear.The less you know, and the less you understand, the more you fear. Alas! I suppose it was ever thus.