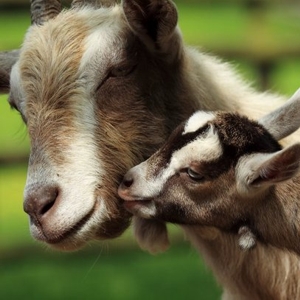 I was going to give you the low-down on what I believed was a Greek specialty. But when I went looking for the details, I discovered that the target of my explications was, in fact, Cypriot, Turkish and Middle Eastern. I refer to the one and only Halloumi Cheese, which is at its best lightly fried. 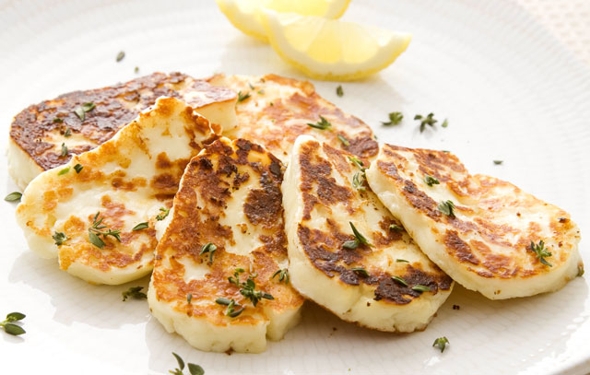 I first tasted Halloumi Cheese, pan fried to a beautiful golden brown and topped with – almost anything Mediterranean. – at a Greek Restaurant in London, ON. It was a concept I’d never encountered before – Fried Soft Cheese – and a flavour unlike anything I’d tasted before. Love at first bite!

Reminded of that blissful moment by an obscure post I saw on a food news site this morning, I decided to make it the the focus of my Blog entry today. And, soon after, I ran into problems.

Cyprus, the home of Halloumi according to Wikipedia, is by current consensus, half Greek and half Turkish. That’s why the stuff is claimed by both the Greeks and the Turks. It’s also popular across the Middle East. The latter must have been the result of some migration or other. Lucky Middle East, though, to have it, too!

Halloumi is a semi-soft Goat’s or Sheep’s Milk Cheese. It’s Salty and creamy, like  cross between Brie and Feta. Erzatz Halloumi is made with Cow’s Milk, but you’ll only get that if you buy ‘Halloumi’ made outside the above-noted jurisdictions. There’s no substitute for the real thing!

It’s easy. Heat some Olive Oil in a fry pan over medium heat – not too hot! Place Halloumi slices (about 3/4 in / 2 cm thick) in the pan and fry quickly until lightly crusted and golden brown on both sides. Or, you can Grill slices on a hot Grill just until you get nice grill marks and the cheese is heated through. The Cheese may melt and run a little. That’s good. Sprinkle with Lemon Juice, Oregano and a little Pepper and serve hot.

You can top Fried Halloumi with many things. I’ve seen it served over Salad, Chick Peas and Lentils. I’ve seen it fried in ‘fingers’ like Cheese Sticks, and cubed on Skewers like Tofu. Come to think of it, Halloumi is a little bit like some types of Tofu in consistency. But don’t substitute Tofu for it!

I get my Halloumi from my friendly, neighbourhood Mediterranean supermarket. They also have fresh Mozzarella and feta in brine daily. I know. I’m spoiled. But, with a little looking, I’m confident you, too, can find a source for your Halloumi fix within a reasonable distance of your happy home.

Do look for Halloumi near you! Like I said, it’s a unique and indulgent treat!