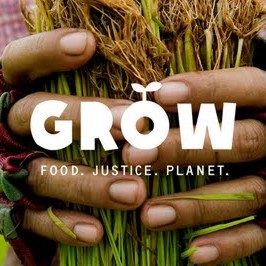 A new survey by international aid agency Oxfam shows up some surprising results in a look at which countries in the world ‘east best’. And, no, it’s not the countries that appear to have the most that rank highest on this new list…

In a world of plenty, you still have to make the right choices to stay healthy.

In its study, titled ‘Good Enough to Eat’, Oxfam looked at the diets of people from 125 nations worldwide, asking the following four basic questions:

1. Do people have enough to eat?
2. Can people afford to eat?
3. Is food of good quality?
4. What are the health outcomes of people’s diet?

Based on the answers, they created a ranking and some of the placements may surprise you…

How we stack up…

The Netherlands came out on top in the Oxfam study, while France and Switzerland tied for second place. Denmark, Sweden, Austria, Belgium, Ireland, Italy and Portugal made up the rest of the ‘Top Ten’, in that order. As one might expect, drought-ravaged and civil-war-torn nations such as Chad fared worst in the evaluation.

Canada came in a disappointing 25th. while the U.S. could only muster a 21st. place showing, tied with Japan. The reasons that major, developed countries showed so poorly in the study focused on the obesity epidemic in North America, which is connected with a Diabetes epidemic in North America – and the simple fact that people here make a lot of bad choices, in spite of relatively low food costs and excellent variety in the grocery marketplace.

“Too many families in too many countries are struggling to feed themselves. For some there just isn’t enough food,” said Oxfam Canada Executive Director Robert Fox. “For many more, the challenge is the cost or quality or diets that undermine their health. Even in a wealthy country like Canada there’s a big gap between what people need and what they get.”

The moral(s) to this story…

1. Looks can be deceiving.

2. Over-consumption of food advertising can be hazardous to your health.

4. Too much of a good thing is often a bad thing.