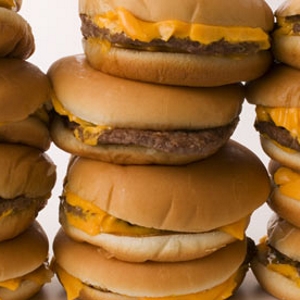 Fiddling With Supply And Demand Again…

The U.S. government is doing what most modern-day western governments do when something threatens a segment of its economy. It’s intervening with mountains of cash to ‘save’ an over-productive Cheese industry from ruin. I want to know what they’ll do with all the Cheese… 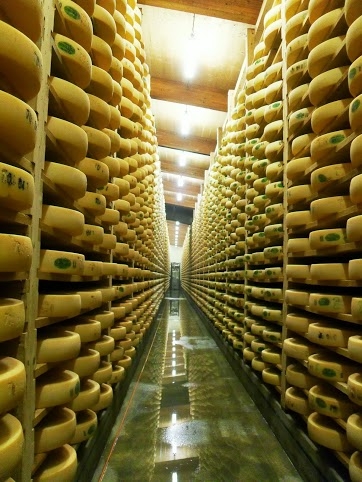 Yes, The U.S government is buying up more than 11 million lb. / 5 million kg of surplus cheese from all around the country, worth an estimated (US)$20 million wholesale. That’s so farmers and cheese makers who can’t sell the stuff anywhere else don’t go bust and destroy their market.

Surplus Cheese languishes in warehouses all over the U.S, but particularly in California, which has been hitting the Cheese promo button really hard lately, as well as Wisconsin and New England.
____________________

There are no production quotas or controls on Cheese in the U.S. In Canada, by contrast, there are production controls on both industrial Milk and the Cheese that’s made from it. Domestic demand has been more or less level for a few years, now. Producers ramped up their output when a low market for the product started to rebound in 2010 and they saw a chance to cash in. but the U.S. Dollar was also starting to strengthen and exports dried up when foreign buyers started looking for cheaper cheese elsewhere. Producers were basically blinded by higher prices, for a while, and revved the engine too high.

Speculators on the commodity markets, meanwhile, seem to have bet that prices would rebound again and, to a degree, they were right. But market experts say the speculators were only buying Cheese Futures because they expected the government to step in with a cash infusi0n from which could milk some sleazy, cheesy profits. None of that is good for the producers. The mammoth surplus is still sitting in warehouses across the land.

“We understand that the nation’s dairy producers are experiencing challenges due to market conditions and that food banks continue to see strong demand for assistance. This commodity purchase is part of a robust, comprehensive safety net that will help reduce a cheese surplus that is at a 30-year high while, at the same time, moving a high-protein food to the tables of those most in need.”

And he noted that the seemingly huge move is not unprecedented in U.S. agricultural history.

But here’s the kicker…

The 11 million lb. of Cheese the government is buying up is only about 1 per cent of the existing surplus. What are they going to do with all that cheese? Look for an explosion in new Cheese-based dishes on restaurant menus, new Cheese-based products in the stores and lots of newspaper articles in the Home section about how to use more Cheese. I predict we’ll also be hearing a lot about how Cheese contains a ton of essential vitamins and minerals and is oh, so good for us.  As individuals, we can just eat more cheese. But that doesn’t mean we should ramp  up Cheeseburger consumption to unprecedented heights. I say, too much of any good thing is bad. Make your future Cheese choices accordingly.

Or, considering that Cheese is really just concentrated milk, maybe they could transform it into Milk-based packaging material. I’m sure the packaging material industry would be glad to buy lots and lots of Milk protein at an attractive price. it might just get edible/biodegradable food packaging reach the store shelves sooner than the current 3-year. minimum, estimate.