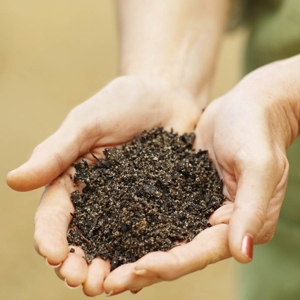 If you thought your municipality’s regulations about recycling and composting were overbearing and unreasonable, wait till you hear what they’re doing in Montréal! They’ve brought in a new law that makes it mandatory to compost suitable organic waste – and there’s a stiff fine if you don’t… 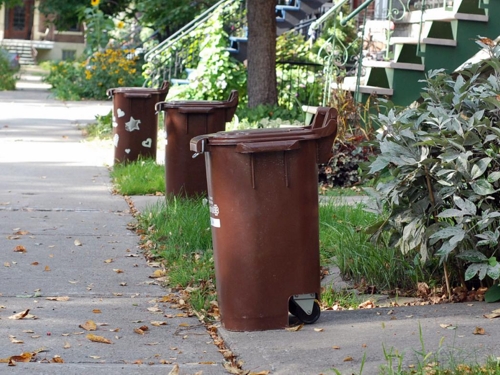 Montreal’s Brown compost bins: Still not as common a sight on city streets
as City Councillors would wish…

The new Montreal bylaw provides for fines of (C)$300 to (C)$$1,000 for those found guilty of failing to sort their compostable waste properly or failing to put it out for collection in the special compost containers supplied by the City. The bylaw applies only to those households – about 350,000 – that have access to curbside compost pick-up.

Most Canadian cities of any size now have composting programs tied in with their garbage collection and disposal programs. it makes sense. Statistics Canada says more than 61 per cent of Canadians participated in municipal composting programs in 2011, the last year for which figures were available. The popularity of composting varies from city to city, though. The Ottawa ‘Green box’ program, for example has been pronounced an abject failure by those in charge and critics have had a field day, pointing up the millions of dollars in wasted taxpayer money involved. In Ottawa, though there’s no fine for non-participation in the program.

In Calgary, one of the few other Canadian cities of any size with penalties associated with composting, the fines are a mere (C)$50 to (C)$100 per infraction, and that’s not even for failure to sort or participate. Calgary’s fines are for failing to keep composting containers free pests and offensive smells.

So why is Montreal on the composting warpath?

Folks in Montréal were embarrassed that their citizens composted only about 8 per cent of their organic waste in 2006. They’ve been debating what to do about that since then. The new bylaw is intended to support a newly-proclaimed civic goal of repurposing and composting at least 80 per cent of the city’s organic waste by the end of 2019. Ambitious? Yes. But the City’s environment Committee must feel it’s realistic and achievable.

So how do they enforce the new bylaw?

Will Montréal have to create a new Compost Police Force to nail and make examples of transgressors? Will the enforcement system, perhaps, rely on the old Soviet system of Block Grannies who will keep an eye on everyone and everything they do, perhaps patrolling the block on garbage day, peering into the regular waste bags and cans looking for illicit organic materials? Not likely.

Environment Committee Chairman Réal Ménard assures us that the bylaw will not be ‘repressively’ enforced. But what does that mean? And, if you don’t enforce a bylaw, why have it at all?

The grand old BBC sit-come Yes, Prime Minister, had a great line to explain it: You don’t fund things because they do any good; you fund things to show people what you approve of. It seems to be a leading principle of government in the 2000s.