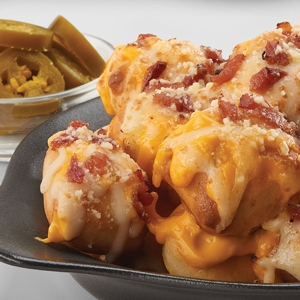 I’ve been criticized (by my picky sister) for posting too much on Fast Food news. She may be right. But the pace of Fast Food sector ‘innovation has increased exponentially over the past year or so and continues to race ahead, as the major players struggle to raise their brand awareness… 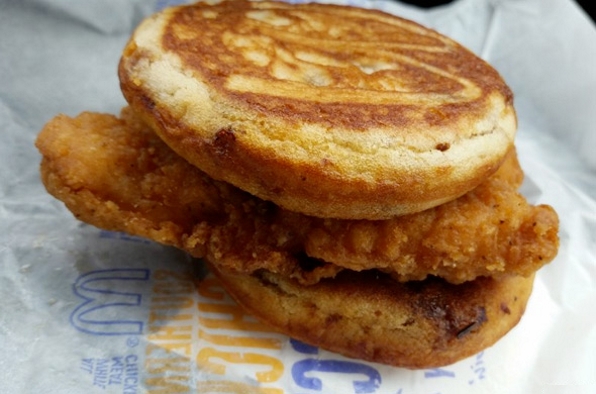 All the major Burger chains are desperate to at least preserve their share of the crowded, hectic market niche they call home. They’re reaching out to try and steal pieces of neighbouring niches, copying competitors’ ‘hits’ and trying to come up with really new, really different menu offerings.

With ‘announcements’ coming almost daily, Fast Food world has become a crazy place, especially where nutritional policies are constantly evolving and limited-time menu items are proliferating almost faster than we can keep track of them. So, I’m going to fold all the day-to-day Fast Food sector news into a single post each week (or as needed) and clear my slate for other, arguably more important stuff. Here’s issue number one of the Fast Food Roundup!

First market-tested at 11 locations in Ohio – the marketers’ favourite microcosm-of-America test bed – the McGriddle Sandwich was declared a hit worthy of broader exposure. So they’ve released it for a limited time in Florida, at a number of locations in and around the major cities and the Disney enclave. It’s on  the All-Day Breakfast menu. Good idea. The South is Chicken-and-Waffles country! With 50 g of Fat and 1,000 mg of Sodium, it’s a real gut-buster…

BK swears off antibiotics in its Chicken

Burger King has promised to eliminiate antibiotics from the Chicken it uses in its menu items by the end of this year. This is significant, because BK is one of the Big Five fast food chains and had been lagging behind lesser players like A&W in this regard. What the people want, the people get!

Taco Bell gets in line on Antibiotics, Salt

Taco Bell has pledged to eliminate antibiotics from their meats this year. They’re also aiming to move to free-range eggs, starting with their breakfast menu and expanding to their other products where Eggs are are used. The chain is also pledging to eliminate additives and preservatives ‘where possible’. Significantly, the Bell is tightening its belt on Sodium again. Having already reduced Sodium across its menu by 15 per cent since 2008, it will target a further 10 per cent reduction this year.

International House of Pancakes has brought back its popular All-You-Can-Eat Pancakes deal. Just in time to help you break your dietary New Year’s resolutions. (US)$4.99 for a stack of 5 cakes to start. Make it a combo for (US)$10.99 by adding four pieces of either Bacon or Sausage. The Meat premium sounds a bit steep to me but, hey, them’s the rules in All-You-Can-Eat-land.

Little Cesar’s getting Cheesy on bites

Little Cesar’s, famous for the plethora of ways it has re-tooled and recycled its basic Bread side dish, has added another variation. Using it’s Crazy Bite menu item as a jumping off point, it’s smothered the little nodules of Bread with Cheddar and Bacon Bits. Looks ooey-gooey good! It’s one of the current five items on the chain’s 5 for $5 menu. You’ll also find Cinnamon  Loaded Crazy Bites, featuring a Cinnamon bun-like filling and a Drizzle of drippy White Icing.

And there you have it…

The Fast Food Sector News Roundup for this week. Stay tuned for updates!