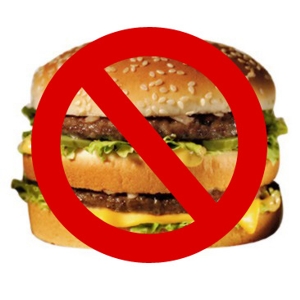 Are The Vegetarians Right After All?

Hardly a week goes by that we don’t see at least one online post about ‘What Not To Eat’ for a longer life, or a cleaner colon, or shinier hair. or whatever. In my view, it’s all nonsense. In my view, any eating regime that limits your dietary variety is unnatural, unhealthy and just a bad idea… 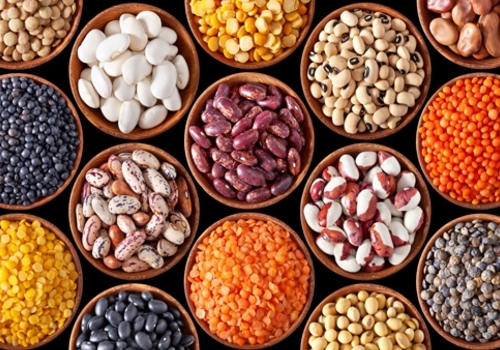 There’s a world of Vegetable Protein out there. But it can’t entirely replace the
Animal Proteins you and your ancestors have become accustomed
to eating over thousands of generations…

One such post caught my eye this morning. You know the kind: ‘Eat these 7 Super Foods And Live Longer!’, ‘Don”t Eat These 7 Evil Foods And Live Longer!’. This morning it was ‘This Is The Diet You Should Follow If You Want To Live Longer’. Based on a study by Massachusetts General Hospital of 130,000 patients over a span of 30 years, the results indicate that vegetarians may, indeed, be justified in their claims that theirs is a healthier diet. To some extent, anyway.

The study claims that your chance of dying from all causes increases by 2 per cent for every 10 per cent increase in animal protein in your diet. Chance of death by heart attack increases 8 per cent. Conversely, If you eliminate Eggs from your diet, you supposedly get a 19 per cent reduction in the risk of dying from all causes. Forsaking Red Meat will get you a 12 per cent reduction in your risk of dying.

First, I have a problem with the terms in which the study couches its results. A ’10 per cent reduction in your chance of dying’ is meaningless unless you specify whether it’s ‘dying by a certain age’, or ‘dying sooner than your parents’, or ‘dying from a certain disease or condition earlier than the average age across the population’. The study’s investigators also admit that the social background and the wealth of patients studied may also skew the results: Vegetarians tens ti be younger than the mean age of the patients studies and therefore less likely to die. They also tend to be better off than those who eat a lot of Meat and Eggs and, therefore, may be able to afford better medical care. (Remember, it’s a U.S. study…)

I still prefer to espouse the doctrine that one should eat what one is culturally accustomed to. Folks in the Ural Mountains of Russia regularly live to over 100 on a diet exclusi9vely made up of Dairy and Fats. That’s because their systems have been conditioned, over a thousand generations of evolution, to thrive on that diet. Likewise, there are ancient and venerable Asian cultures in which people regularly live to over 100 eating Rice, Beans, Tofu and Herbs, punctuated with a little animal protein when it’s available. The rest of us fall somewhere in between.

My mom – bless her heart! – is past 90, now, and is still, “sharp as a tack, healthy as a tick and cute as a button,” according to one of her doctors. And that’s another point: She has a number of doctors who are monitoring a number of conditions, some of which have begun to develop and many of which have not, yet, reared their heads. All those doctors are possible only because we live in a land of universal government health insurance and because she is financially secure. Sort of echoes the reasons the researchers said they study might be skewed: Social position and wealth.

I will continue to recommend (for what a mere cook’s opinion may be worth) that folks eat what their folks ate and enjoy a wide variety of foods. A varied, balanced diet is still the best prescription I’ve ever heard of for a long, healthy, happy life.