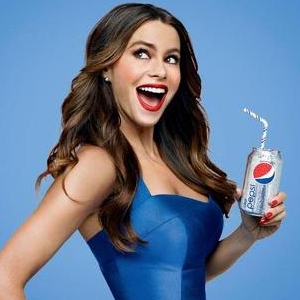 Pepsi Co. has had a tough year, trying a number of bold moves to win back customers lost to Coca Cola and Dr. Pepper. Now they’re doing a 180 on a decision almost a year ago to replace the artificial sweetener in its Diet Coke with something else. And that left a bad taste in some mouths… 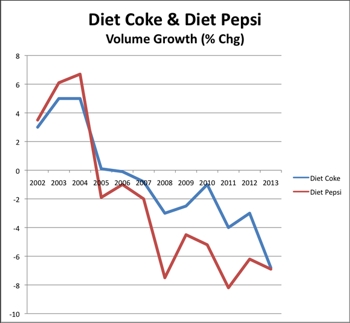 Pepsi has not only changed its formula; it’s also changed its look in recent months, trying to rebuild sales. And, so far, none of its attempts to strengthen the brand have been very successful.

It all started last August when Pepsi stopped using the artificial sweetener Aspartame in its diet Colas. The company said that decision was based on a survey that showed Aspartame was the main reason Diet Cola drinkers were defecting to other beverages. The new sweetener, Sucralose, was still a manufactured substance, but it was made from Sugar, it it could legitimately be labelled ‘natural source’. Alas, the new formula left a bad taste in the mouths of many soon-to-be-former fans and sales sank even deeper.

At the same time, Cola sales in all brands were falling, whether ‘diet’ or not. Fortune Magazine reported, this past March, that 2015 had seen the 11th consecutive year of decline in global Cola sales, speculating that drinkers were looking at non-carbonated beverages to quench their thirst. Sales of Diet Colas, which were hard-hit by social media speculation that Aspartame caused a wide range of diseases, have dropped more than 14 per cent overall since 2004.

But the Aspartame shuffle last summer put Pepsi even further in the hole. Even though the company spent (US)$9.7 million on TV advertising for Diet Pepsi between September 2014 and June 2015 with little or no positive effect on sales. That might be partly because competitor Coke spent nearly three times as much on TV advertising over the same period.

Diet Pepsi will once again contain Aspartame – in the U.S., at least – starting this coming September. My read is that Pepsi knows it can’t do anything about the mass movement away from carbonated beverages, but it can bolster its position to some extent by reverting to the last position that worked, even a little bit.