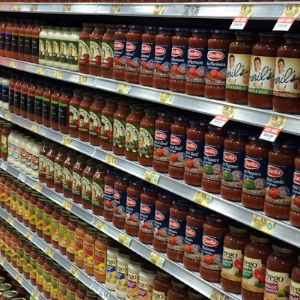 We’re learning that supermarket operators are trying to blackmail manufacturers and suppliers to help make up losses caused by the COVID-19 crisis. If Brand managers want prime space on the retail shelves, they have to pay for the privilege. Now, they have to pay just to get into the game at all… 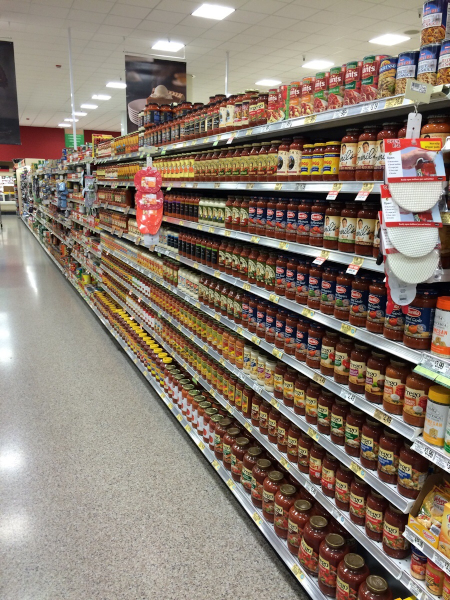 Remember, back in 2013, I revealed a common but little-talked-about supermarket industry practice they call ‘paid placement’?

“It is nothing less than a conspiracy between manufacturers and retailers to influence your purchasing habits,” I said. “What we’re talking about is […] placement of specific products at specific [locations] on the shelf in their accustomed aisle. Or giving them preferred placement at the head of an aisle or […] on an ‘island’ display.”

Placement of a product at the point of sale – where you stand in line waiting for your turn at the cash register – is another example of this practice.

Major retail chains such as Walmart and national grocery chains commonly demand significant discounts on products just to allow them into the stores at all. Now, it appears the retailers are applying this principle like a ‘tax’ on manufacturers and suppliers. Or, if you’re a Godfather fan, ‘an offer they can’t refuse’.

Suppliers mad as hell, and aren’t taking it anymore

“The latest round of fees introduced by large grocery retailers on their suppliers has attracted coverage in the news media over the past week (for examples, see here and here).  This is occurring at a time when farmers and food and beverage processors are already facing a complex web of arbitrary fees and penalties in their relationships with large grocery retailers, in addition to managing the on-going impact of Covid-19 on Canada’s food system.

“Arbitrary fees and penalties imposed by large grocery retailers on Canadian farmers and food and beverage processors negatively impact Canadian consumers as it results in lower investments and product innovation. Requiring food and beverage suppliers to cover the cost of investments in retail stores will come at the expense of the farmers’ and  processors’ own investments in their Canadian facilities. What’s more, it will also reduce revenues for Canadian farmers. There is no scenario under which these arbitrary fees and penalties will benefit Canadians. On the contrary, they will ultimately impact Canada’s food security, as small and mid-sized farms and food processors already struggle to continue participating in this retail environment.”

The producers’ and manufacturers’ group wants the federal government to follow in the footsteps of the UK government which in 2009 instituted a ‘Groceries Supply Code of Practice’:

“This is an issue of strategic importance for Canada’s food security,” the coalition states. “We therefore call on the federal and provincial governments to implement a code of practice in Canada to check this arbitrary conduct from large grocery retailers, review all current fees, penalties, and after sale deductions, and to protect Canada’s agri-food sectors. Governments must heed the lessons of the successful UK experience in rebalancing competitive forces in the food sector.”

(Read the full report of the U.K. Competition Commission 2008 final report on supplies of groceries.)

When powerful store execs demand premiums or discounts to let products into their stores or give them preferred placement, it always costs someone in the supply chain more to actually get the products to the shelves so you can buy them. And, in the end, that costs us all more…