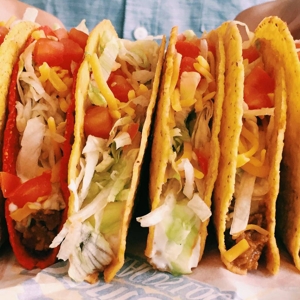 Since the COVID-19 social distancing lock down started back in the spring doctors, nutritionists and researchers have warned against the dangers of binge eating (to accompany screen-time binges) as an inherent danger of the ‘hibernate at home’ lifestyle. But now, some say an occasional pig-out is okay…

Whatever you crave, make it yourself or order it in, and coordinate a
ZOOM-based binge-watching pig-out party among your
friends! Just don’t make a regular habit of it!

Ideally, we’re all staying home, observing social distancing rules when we absolutely have to go out, and trying not to go stir-crazy, waiting for the pandemic to pass. Well, I’ll be among the first to admit that I was devastated by the recent news that we might have to start all over again (at least in some parts of North America) with our collective campaign to flatten the curve as a cautious plan to start re-opening the economy went bust when overanxious folks – mainly young people who believe they’re bullet-[proof at the best of times – went maskless to zero-foot-separation beach and bush parties, and partied ‘as usual’ at local bars, spreading COVID-19 to all their friends and relatives.

Why do people act so recklessly?

Is it that some people simply can’t understand what the medical and scientific community is telling us about the pandemic and what it takes to deal with it? Or do they think that they don’t have it because they have no symptoms? Worse yet, is it because they think that, if they do get it but show no symptoms, they won’t still spread it to others with whom they come in contact? Or are the brash and the bold (the under 25 set) really convinced that  they can’t get it? And what about parents who want to send their kids back to school at the first possible moment so they (the parents) can get back to work and start making a living wage again? Do they really believe what younger children can’t get the virus, in spite of clear evidence to the contrary?

All the forgoing are either uninformed misstatements or out and out lies originated or perpetuated by supporters of the TRUMP regime who apparently value their fearless leader’s favour over human life – and their own common sense. The virus doesn’t care about politics or economics or borders, or who wins or loses the U.S. election this fall running on an economic platform.

The unspoken question is: “Is it better to go out and party, or to stay home in social isolation and pig out there, in relative safety?”

What the researchers did

According to an abstract of the report study: the researchers found that, “the young, healthy men (aged 22 – 37) who volunteered for the trial consumed almost twice as much pizza when pushing beyond their usual limits, doubling their calorie intake yet, remarkably, managed to keep the amount of nutrients in the bloodstream within normal range.”

“We all know the long-term risks of over-indulgence with food when it comes to obesity, type II diabetes and cardiovascular disease, but we know much less about some of the immediate effects ‘all you can eat’ places on the body,” Study team leader Dr. Aaron Hengist explained. “Our findings show that the body actually copes remarkably well when faced with a [one-time] massive and sudden calorie excess. Healthy humans can eat twice as much as ‘full’ and deal effectively with this huge initial energy surplus.”

If you absolutely have to have some expanded human contact, try calling or texting your like-minded friends and setting up a pizza party online. Arrange to all stream the same movie or TV series season on your big screens, while having a rolling Zoom conference about it on their laptops. And everybody order (for contactless delivery) their own favourite Pizzas. Heck, it doesn’t even have to be Pizza (see photo, top of page), if you crave something different! Use FF or RW to coordinate your video streams, and dig in.

And let me know how it works for you. Later this week, we’ll post a special on how to safely clean Pizza off of TV screens and the most common types of indoor wall surfaces…