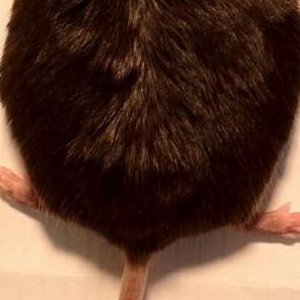 Can Smelling Your Food Make You Fat?

Scientists have just released some very interesting new findings, which will be very disappointing to folks who really enjoy their food. It seems that whether you can smell your food or not has a huge effect on how your body goes about processing and using it. This may lead to the ultimate diet… 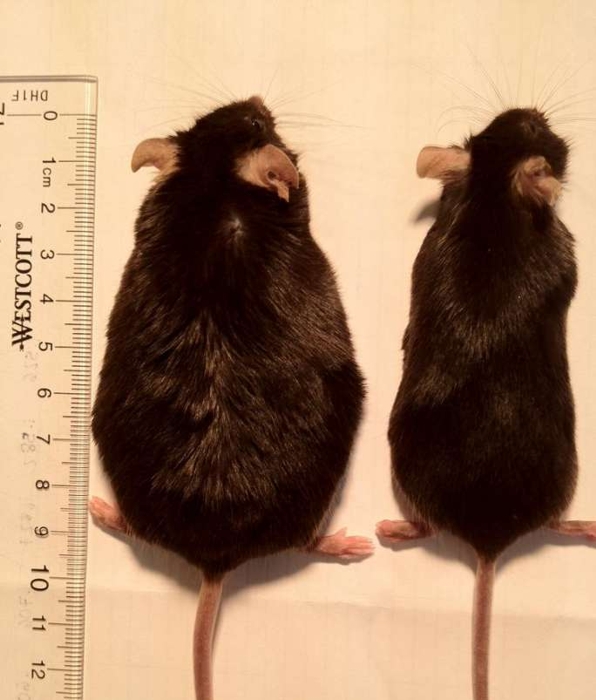 After just a few weeks of eating the same amount of the same food, the mouse who could smell, left, ballooned in weight while the mouse on the right who could not stayed slim…

Foodies and scientists agree: The aroma of your food may may account for as much as 70 per cent of what you think of as ‘tasting’ it. No, really. Now, a scientific study has revealed that, in mice at least, smelling your food may be the difference between gaining weight or not.

Investigators at the University of California – Berkeley report that mice which lost their sense of smell could eat a high-fat diet and maintain their normal, healthy weight while other identical mice  that did have a sense of smell ballooned to twice their normal size. The scientists postulate that there is a link between the sense of smell and mammalian metabolism; that animals who can’t smell burn off excess calories while animals that can smell tend to store them.

Now, if you’re a natural skeptic, like me, you’ve probably already realized that mice who can smell their food may be more likely to eat more food and, thereby, get fat. But the study was controlled for that factor. All mice ate the same amount of food, whether they couldn’t smell, had normal sense of smell or were ‘super smellers’ with exceptionally sensitive noses. In fact, the more sensitive the sense of smell, the fatter the mice got.

“Sensory systems play a role in metabolism. Weight gain isn’t purely a measure of the calories taken in; it’s also related to how those calories are perceived. If we can validate this in humans, perhaps we can actually make a drug that doesn’t interfere with smell but still blocks that metabolic circuitry. That would be amazing.”

The scientists don’t, however, make any comment on the apparent connection with the old motto, “Feed a cold, starve a fever.” I.e.- the study seems to prove it’s alright to gorge yourself while you have a cold, just as long as your sense of smell is heavily attenuated!

But am I willing to give up my sense of smell in order to lose weight? Sounds like a bad deal, to me. Anyway, I’m down 8 pounds from my last-winter-high weight and I’m walking the dog faithfully every day… We’ll see…