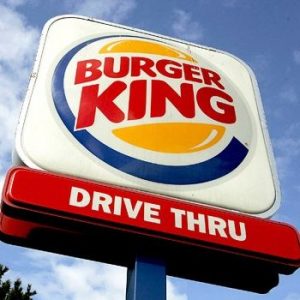 Confusion and conflict still reign in the Burger sector, as the players jockey for market share in an environment where growth means stealing customers from somebody else. Burger King’s latest attempt seems directed at a non-Burger player, Chipotle’s – a new tack in the ongoing race… 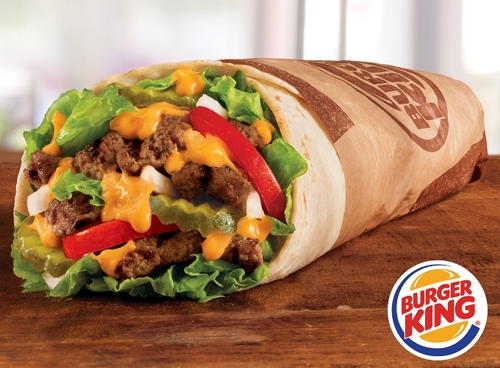 The new Whopperrito: An attempt to temp former and fearful
Chipotle’s customers to the Dark Side…

BK’s new offering, which it plans to offer on a ‘pop-up’ basis for the next couple of months, is called the Whopperrito. It’s a Tortilla filled with all the various ingredients that you usually find between the buns in the chain’s signature Whopper Burger. The only ingredient that gets a facelift is the sauce. The regular Whopper Mayo is switched out in favour of a Queso Sauce.

BK may have targeted Chipotle’s seeing it as vulnerable, after a series of brand-battering food poisoning incidents and several quarters of serious sales declines. It’s the second foray into Tex-Mex territory for BK who, earlier this year, started selling what it calls an Egg-normous Breakfast Burrito containing Sausage, Bacon, Eggs, Hash Browns and Cheese and topped with a Picante Sauce.

BK’s sister chain, Tim Horton’s, is already selling a line of Chicken and Beef Fajita Wraps, topped with Chipotle Sauce, Peppers, Onions and Cheese, so BK may have thought the Whopperrito had more than an even chance of success.

On the other hand, McDonald’s and other Burger chains have had less-than-positive experiences with Tex-Mex menu options in the past. But, with Chipotle’s suffering a popularity crisis, the time may now be right to invade it’s market niche.

We love to keep you up-to-date on doings in the Fast Food sector. There’s always something interesting – or, at least, amusing – going on there!