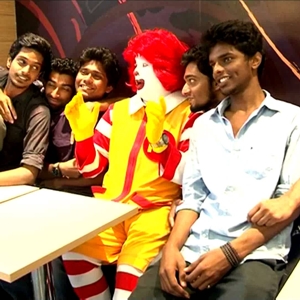 A New Fat Tax Imposed WHERE?

Believe it or not, an Indian State (like a U.S. State or Canadian Province) is imposing a Fat Tax on retail foods and restaurants. It’s a response to the global obesity epidemic to which, evidently, India is not immune. Predictably, the hardest-hit edibles are Pizza, Burgers and Junk Food in general… 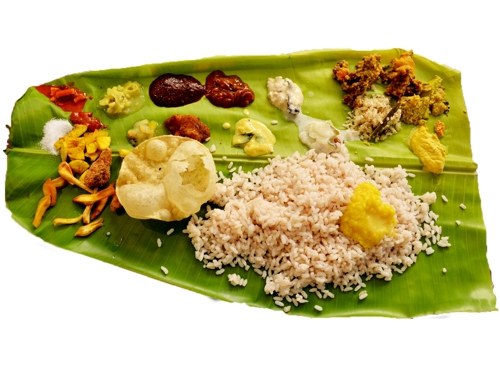 Sadhu – a typical Kerali meal, using a banana leaf as a plate. Did I mention they’re
not to affluent in this part of India? Note the multiple starches, small dabs
of sauces, and just a little (deep fried) protein up in one corner…

The state of Kerala, in southwest India, is imposing a pretty heavy 14.5 per cent tax on Pizzas and Burgers and other Fat-laden Fast Foods. It’s an attempt to encourage healthier eating among its residents. In India, they’re more concerned with bad Fats and excess Carbs than they are than they are with galloping Sugar consumption. Addressing Carbs, they’re also proposing a 5 per cent tax on packaged Atta, Maida, Suji, Rava (all staple Flours in India) and India’s beloved Basmati Rice.

Reaction to the new taxes has been divided. On one side are the nutritionists and doctors. Nutritionist and food therapist Dr. Lalitha Appukuttan says, “[A Fat tax is] always […] welcome in India as far as our health is concerned, as nowadays we are going through very serious situation, since so many problems are arising out of all these bad fats.”

On the other side are restaurateurs, many of whom believe that taxes – even heavy ones – won’t deter people from eating what they want. They point to previous increases on beverage alcohol taxes in the state which failed to reduce overall consumption significantly.

The bottom line, say many, is that folks will have to adapt. If that means eating less Fast Food, it’s something many less-well-off Keralis say they would find difficult. They’ve become addicted to western convenience foods such as Pizza, take-out Fried Chicken and Burgers. Keralis are also among the less fortunate of their country. Not a lot of disposable cash floating around down there. As in many poorer areas, people there tend to avoid relatively expensive proteins and fresh veggies in favour of starches. It’s a vicious circle… And this story from the other side of the world just goes to prove that cultural dietary issues are not limited to the developed West.