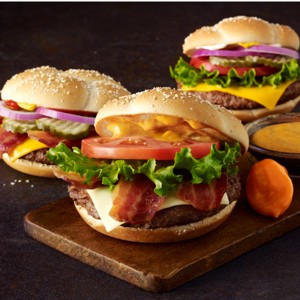 Why McDonalds Size Makes it Hard to Change

A simple-sounding thing we can literally do in a second may take McDonalds months or years to accomplish. That’s why it’s taking what seems like forever to consumers for the burger giant to make menu changes announced months ago.You’ll be amazed at the numbers McD’s has to deal with! 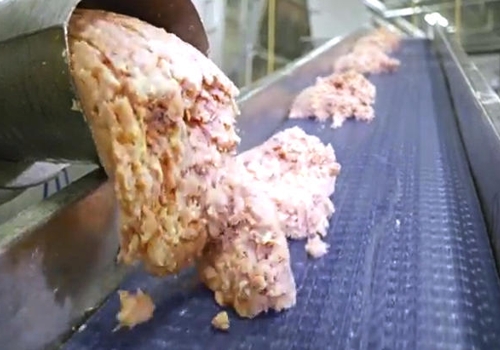 McDonalds buys more than 800 million lbs. / 363 million kilos of chicken each year.
A lot of it is ground up, as above, and made into McNuggets…

You or I can just stop in front of the meat counter at the supermarket and decide if we want to buy regular Chicken or ‘Organic’ or ‘Free From’ or ‘Antibiotic-Free’ Chicken. Not so if you are a global fast food giant!

The example examined in a recent Wall Street Journal article is the high-profile change announced by McD’s from any old Chicken to Antibiotic Free Chicken. They must be feeling the pinch from competitors like A&W who have been pushing their antibiotic-free Beef really hard, lately.

McDonalds is described in the WSJ piece as the largest single restaurant customer of the largest Chicken produce in the U.S. Over and above that, the burger giant buys another 400 million pounds of Chicken each year from another U.S. supplier! Those huge numbers fall into perspective, though, when you consider McD’s has over 14,000 restaurants in the States alone and they serve more than a hundred menu items among them, including all those regional specialties.

It takes months or years for McD’s to negotiate changes in the way its supplies are grown and processed, to ensure that enough of everything is available when any menu change is launched to the public. That includes talking to and negotiating with anti-antibiotic crusaders and others in the Food Watchdog business about standards and practices.

Aren’t you glad you don’t have to oversee even one menu change at McDonald’s?