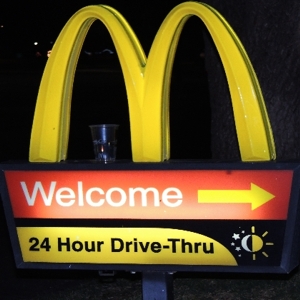 When You Eat Supper Is Now Important

We all know that eating the wrong stuff in the evening, or eating anything heavy late at night, can lead to weird dreams, indigestion and other unwanted symptoms. But now scientists say that eating your evening meal later than 7:00 p.m. may pout you at higher risk for heart disease… 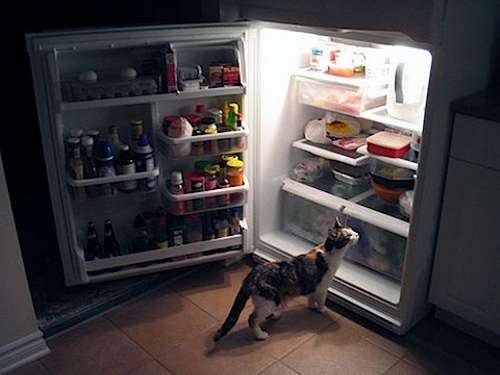 When you eat may be just as important – or more important – than what you eat for supper, a team of Turkish researchers says. They looked at a group of 700 male and female patients with high blood pressure to see if the time they usually ate their evening meal had any affect on their blood pressure.

Doctors know that one’s blood pressure is supposed to drop at night, during sleep, as part of the rest and restoration picture. But, in patients who ate their evening meal within two hours of going to bed, one in four did not experience a drop in blood pressure. Researchers also said artificial lighting and other modern conventions that encourage staying up late may also contribute to erratic eating habits including later suppers.

“We must define the ideal frequency and timing of meals because how we eat may be as important as what we eat,” team member Dr Ebru Ozpelit told the European Society of Cardiology Congress in Rome last week.

What does that say about some dining traditions?

I’m reading historical fiction right now, set in Victorian England. Back then, the well-to-do believed in eating and drinking opulently. Ten-course meals were not unusual in the higher-class homes, especially when company was visiting. What really struck me was that, on occasions when people expected to stay up late, such as parties, a midnight supper was considered a necessity. This, after having sat down to a big dinner around 8:00. you’d think that folks would have discovered that one sleeps less well and feels less rested the next morning after one of those nights. Put it down to ‘the morning after’ the party? Maybe.

But I believe the Turkish researchers have a point. I know that, as I get older, my tastes change in subtle ways and I tend to eat lighter and earlier in the evening. I think this might be my body telling me what I should be doing to keep it happy and strong.

Which brings me to my point in all this

Listen to your body! If you listen to your aches and pains and internal upsets, you’ll have a much better idea of where you are in general and what you should be doing to optimize your health and wellness. Cravings? I believe they are the body’s way of saying, you need something you’re not getting. But beware the pitfalls of Chocolate, Sugar and Salt cravings. We are all hard-wired by evolution to gobble down as much of these basic foods as we can, whenever we can get our greedy little hands on them. Don’t give in! But if you’re in the supermarket and the Broccoli calls out to you – go for it! You probably need iron or Potassium…