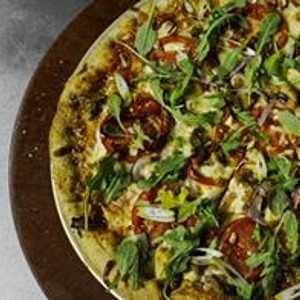 What the…? Weed-laced Pizza launched in Van!

Move over, San Francisco and Colorado! Marijuana-oil-laced Pizza has officially been launched in Vancouver! talk about liberalization! But, as a recent post on cbc.ca reports, you must have ten bucks in your jeans, must be over the age of 18 and must possess a medical marijuana permit to ride… 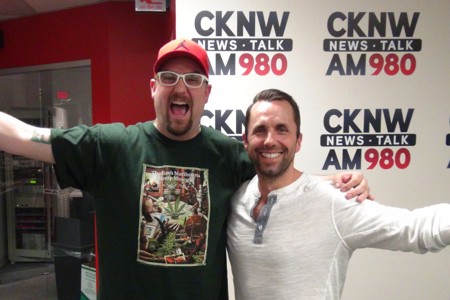 The owners of Mega iLL Café in Vancouver. We think. Not sure which one
is the dude quoted below… Their Facebook page is really messed up,
like it was made by someone who was totally wasted…

How long the gambit will ‘fly’ is anybody’s guess… We’ll keep you posted.

But, more importantly, this is just the latest expression of frustration in the fast-service food sector, about the crushing overcrowding of the burger, hot dog and pizza markets. We’ve already seen near-illegal, near-fatal gimmicks including volcanic pizzas, incendiary chilis and nuclear burgers. All have been unmasked as feckless, even reckless attempts by their purveyors to somehow raise awareness of their restaurants above the thunderous promotional noise in their market niche.

Now the Mega iLL (interesting name, there…) eatery in Vancouver, BC, is offering a marijuana oil-infused pizza. According to a CBC.ca post, the oil gives a distinctive ‘tang’ to the pie but is otherwise undetectable. So… Why the heck do this? The resto’s owner, Anthony Risling, told reporters:

“Basically, we infuse it through an oil extraction process, where we drizzle the oil onto the pizza and it medicates you when you eat it. It’s a little different effect from smoking it. It takes maybe about a half hour for it to activate.”

But he apparently makes little or no comment on why. I say, it’s just to get a lot of free media coverage. And Risling even told reporters he expects to get shut down by the authorities over the stunt, but not for long.

“We’ll still be open, regardless. We just might not be able to infuse the pizzas anymore.”

But they will have garnered a lot of free publicity! How long will the glow last before it fades? What, in the end, will Mega iLL get out of it? Who knows. But you can be sure that this isn’t the last, or nuttiest, such stunt we’ll see coming out of the crazy-tight Dog-Burger-Pizza sector!

When will the madness end?

2014-04-09
Previous Post: McDonalds BC labour probe ‘tip of an Iceberg’?
Next Post: Kraft challenged by ‘healthier’ Mac and Cheeses?