The ‘Tip’ option is showing up on more and more credit card transaction machines these days. But many of the new requests to activate ‘Tip’ are coming from vendors whose operations haven’t traditionally encouraged tipping. That’s called Tip Creep… 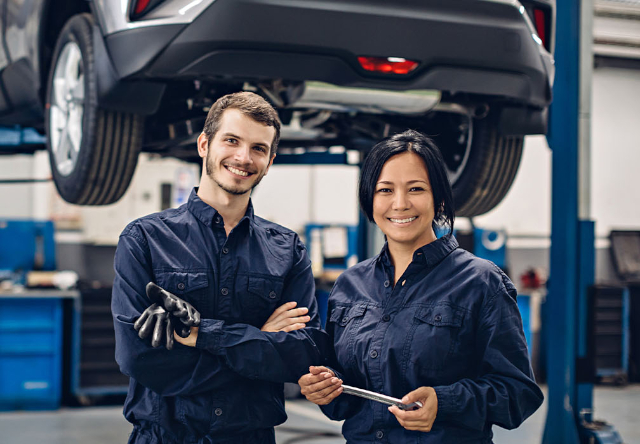 Auto Mechanics: They already get paid pretty well. These days employers
have to respect the extra training and tech savvy they need
to do the job. Should they also expect tips?

I’ve always tipped folks in the food service industry I thought were being paid too little for what they do. There’s a tradition that we who can afford to eat out or order in should show our appreciation to the frontline workers who typically prepare and serve our meals. We hope they share their gratuities with the busers and other less visible employees. But where should we draw the line?

That’s the official name of the custom – with an ‘S’. It’s an acronym for ‘To Ensure Prompt Service’, in modern usage. But Wikipedia says it goes back a lot further than you might have suspected:

“The practice of tipping began in Tudor England. In medieval times, tipping was a master-serf custom wherein a servant would receive extra money for having performed superbly well. By the 17th century, it was expected that overnight guests to private homes would provide sums of money, known as vails, to the host’s servants. Soon afterwards, customers began tipping in London coffeehouses and other commercial establishments.”

When I was bring prepped for adult life by my parents, I was taught that many lowly service people – servers, line cooks, busers, parking attendants, hair stylists, taxi drivers, and so on, relied on tips to earn a living wage. Today, that also covers delivery folks who aren’t already getting paid by the restos they roll for; typically freelancers.

In general, Dad explained, you tip ‘agents’; (i.e.- servers), but not ‘principles’ (owners). The owners are supposed to make their livings off the profit margins they build into their prices. Or, as in the case of professionals, their ‘fees for service’.

For most of my life, folks accepted the custom that many lower-level workers made more on their tips than they did from their regular pay.They didn’t need an official living wage’. For many, but not all, that was often the case.

But now, it’s a different story

These days, though, its different. Many food delivery workers are employed by the big delivery companies and paid a guaranteed flat fee or percentage of each order they carry. Should we be tipping them like we have traditionally tipped servers What about the counter workers who assemble orders and work the cases at Fast Food Joints? The jury is still out. And what about other ‘agents’, like auto mechanics, repair people and tow truck drivers?

Question is under serious examination

The addition of a ‘Tip’ line on credit card payment machines is becoming so prevalent in some non-traditional business that economists and others are giving the issue a serious look.

A recent CBC storey reveals: “The phenomenon, dubbed ‘Tip Creep’, is leaving a bad taste for some consumers, who have vented online about being asked if they want to pay an extra 15 per cent or more on top of the price of a takeout pizza, oil change or propane tank refill.”

“Tipping is spreading to a lot more places right now, so where we wouldn’t have previously been prompted to tip, now it seems to be a lot more common,” says Simon Pek, an associate professor at the University of Victoria’s Gustavson School of Business who researches tipping practices.

As more consumers use debit or credit cards for the majority or all of their transactions, it’s becoming more common for a wider range of merchants to sneak onto their bills what psychologists call a ‘tip nudge’ – that last line on the tote column before the subtotal. That’s Tip Creep.

I have some real problems with tipping, as it is and as it is evolving. And it appears I’m not the only one.

First: It’s always rubbed me the wrong way that some restos (and 0ther business) add a mandatory tip of 15 percent or more to their bills whether I feel they deserve a tip or not. After all, a tip as we know it has always been a matter of showing gratitude for a job well done. It shouldn’t be considered an entitlement.

Second: I agree with Pek on another mostly-hidden matter: “Inflation is another likely driver: faced with rising costs, employers might view mandatory or prompted tipping as a way to address workers’ demands for higher pay without actually increasing their wages,” he says.

Third: Some folks say that, since minimum wages have been rising dramatically in almost all North American jurisdictions, tip should be considered a thing of the past. Everyone (except those working off the books) are now making what may be considered a minimum livable wage. That one also remains open for debate.

Fourth: There has always been an adversarial relationship between management and staff in sectors where tipping is common. It revolves around perennial accusations that the boss keeps some or all of the tips for himself when the gratuity is added to the bill. Tip Creep threatens to make that issue even hotter and more divisive.

Fifth: If businesses sectors that have not traditionally involved tipping are now sneaking the ‘Tip’ line onto their card processing machines, it is, in my opinion, nothing less than high-tech pick-pocketing. I won’t deal with business which do that, no matter how bad inflation gets and how thin profit margins are stretched. Tip Creep is simply unethical and immoral.

But that’s just me. What do you think?