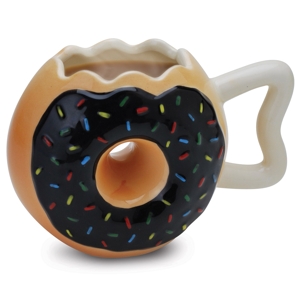 The Vicious Circle Of Caffeine

A new study by researchers at Cornell University suggests that coffee drinkers might be prey to a collection of effects associated with their ability to taste ‘sweet’. The researchers don’t go into what I’d call ‘collateral damage’, but I’ve realized that there could be dire dietary consequences! 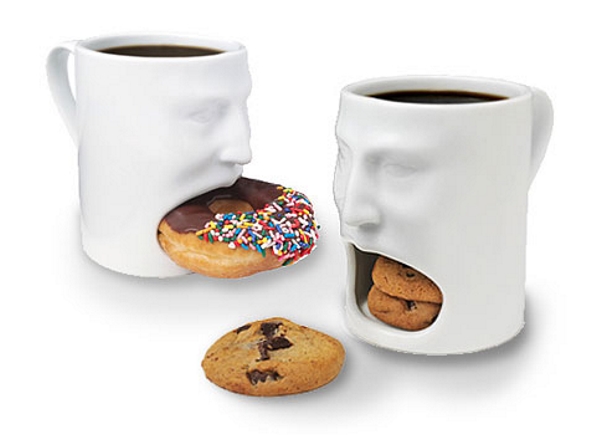 Doughnuts and Coffee go hand-in-hand. Or is that hand-to-mouth?

The report, just published in the Journal of Food Science, says caffeine, the active ingredient in Coffee, can suppress your ability to taste ‘sweet’ by attenuating the adenosine receptors in your brain. Basically, that’s the reason Coffee can keep you awake – adenosine promotes relaxation and sleep. But, if the receptors are dulled or blocked, you’ll be sleepless.

The new study has found that adenosine receptors are linked to the ability to taste sweet and, when compromised, things don’t taste as sweet as they usually do.

The lead author of the study report, Robin Dando, Assistant Professor of Food Science at Cornell, says: “[I]f you eat food directly after drinking a caffeinated coffee or other caffeinated drinks, you will likely perceive food differently.”

Yes! Don’t forget about the other major caffeinated beverage group – Colas! All ages are susceptible to the effect Dando’s team discovered.

Dando notes, there also seems to be a placebo effect tied to the drinking of Coffee.

“Think Pavlov’s dog. The act of drinking coffee — with the aroma and taste — is usually followed by alertness. So the panelists felt alert even if the caffeine was not there. What seems to be important is the action of drinking that coffee. Just the action of thinking that you’ve done the things that make you feel more awake, makes you feel more awake.”

I can see that. And I can see how it could apply to one’s perception of ‘sweet’ even when drinking decaffeinated Coffee. You probably crave something sweet just by association.

Which brings me to my theory…

A while back, we noted, in this space, another study that suggested those who have a dulled sense of taste are more likely to eat more excess Calories and become obese. Of course, the Fast Food Industry has known this, instinctively, for decades. How else would you explain the timeless, classic pairing of Coffee and Doughnuts?

And I can draw, directly from that, the conclusion that those who drink Coffee frequently may be more prone to weight gain than those who don’t.

They talk about ‘the burden of knowledge’…

Is there anything we enjoy, these days, that isn’t bad for us? It’s intriguing to hear of all the scientific research on food, and the sense of taste, and the heretofore unsuspected relationships between why we eat, how we eat and what we eat. But I sometimes I think I, for one, would be happier not knowing. I’ve got enough to worry about already…