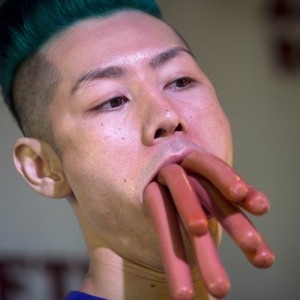 The Dark Side of Competitive Eating Contests…

Okay… We had some fun with the annual Nathan’s Famous 4th of July Hot Dog Eating Contest at Coney Island, NY, over the U.S. Independence Day weekend. Reigning champ Joey ‘Jaws’ Chestnut retained his Men’s title and everybody had a good time. But that wasn’t the case at a similar event out west… 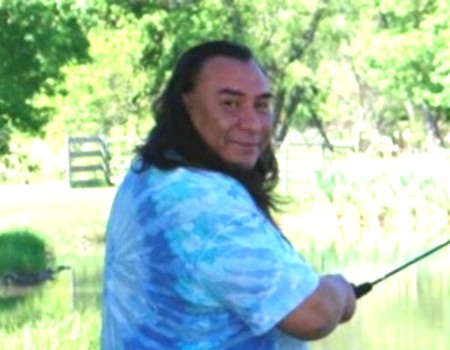 We’ve just heard that a 47 year-old man in Custer, SD, died when he aspirated a chunk of Hot Dog during a July 4th weekend eating contest in that town. Walter Eagle Tail collapsed during the contest as week ago yesterday. Onlookers performed CPR until Paramedics arrives moments later. Even they couldn’t remove the blockage. Eagle Tail was pronounced dead at the local hospital a while later.

Friends described Walter as a fun-loving, kind and caring man. He apparently sold jewelery to tourists at the nearby Crazy Horse monument for a living. He entered the eating contest on a whim.

This incident underlines the often overlooked Dark Side of escapades such as competitive eating contests.

“It all happened within minutes,” Custer County Sheriff Rick Wheeler told the Rapid City Journal. “”Basically, he probably just suffocated. [The Hot Dog] got lodged in his throat and they couldn’t get it out.”

The Custer Area Chamber of Commerce, which sponsors the community’s Independence Day weekend festivities, cancelled a pie-eating contest scheduled for the following day.

Chamber of Commerce Executive Director Dave Ressler said it was the first time anyone had ever been harmed while taking part in the contest. But he did note that these things do happen.

A survey of various websites by the Rapid City Journal revealed a number of recent deaths associated with eating contests:

Now, we all know that eating contests are becoming more popular every year. There’s even a sports event promotion company that handles the largest ones – not unlike the organizations that promote Extreme Fighting.

“We organize the entire thing around safety. [Just like] if it’s football or hockey or auto racing, we approach it as a top priority,” said George Shea, Chairman of Major League Eating, a competitive eating organization based in New York. Shea also hastened to note that his company was in no way involved with the fatal South Dakota event.

The moral(s) to this story: