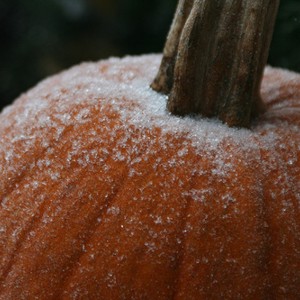 Put Your Hallowe’en Pumpkin To Work!

All play and no work makes Jack (O’Lantern) a dull Gourd. If you’ve been going out several times a year to buy cans of Pumpkin Purée for holiday feast day pies, stop! It tales only a little effort to turn your Hallowe’en Jack O’Lantern into a year’s supply of pie filling in-the-raw. 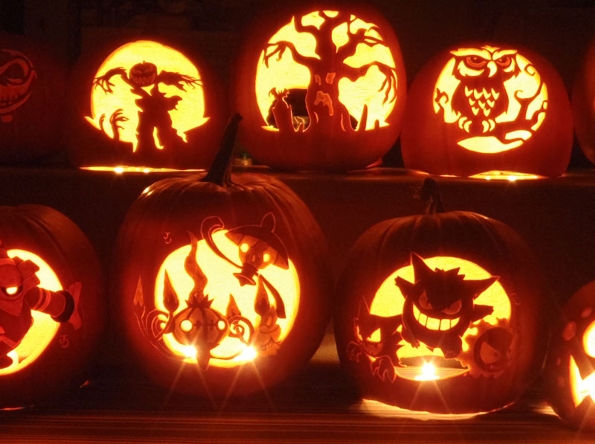 No matter what your Hallowe’en Pumpkin looks like, it’s taste just as good
as any other in your next Pie!

It all starts with Jack, once he’s worked his jolly shift as your front porch trick-or-treeter greeter. Don’t leave him  outside and, when you bring him in, place him off the floor. On the kitchen table or counter is perfect. We’re gonna get him ready for eatin’! You can leave him overnight before you start to process his delicious flesh. You’ll be baking him first, then re-heating him to smooth and thicken him.

In the morning, cut him up into manageable sized slices and spread him out on one or more sheet trays, lined with parchment paper.Brush him with melted Butter and sprinkle on some brown sugar. Add a light pinch of salt. Then bake for an hour to an hour and a half in a 350 F oven. He’s done when he’s fork tender right down to the inside of the skin .

Take him out and let him cool to the point where you can handle him with your hands. Scoop and scrape the flesh off the skins and place in a large Saucepan or Soup Pot. On medium low heat, hit him with a potato masher and then fish out any tough bits that were on the outside and got leathery while baking. Your Pumpkin mash will be fairly watery at this point. We want to reduce it to a nice, thick, rich, emulsified purée. This is the hardest part. You have to stir frequently to keep it from burning. When the Pumpkin is no longer water on top, Whizz it in a Food Processor or use a stick Blender right in the pot to purée it until it’s velvety.

Let it cool to room  temperature and then measure into Zip bags in amounts that are right for your Pumpkin recipes. Freeze all the portioned bags that you don’t need immediately.

It’s as simple as that! And you’ll save something at least $5 over the price of canned Pumpkin over the next year! You’re so clever!